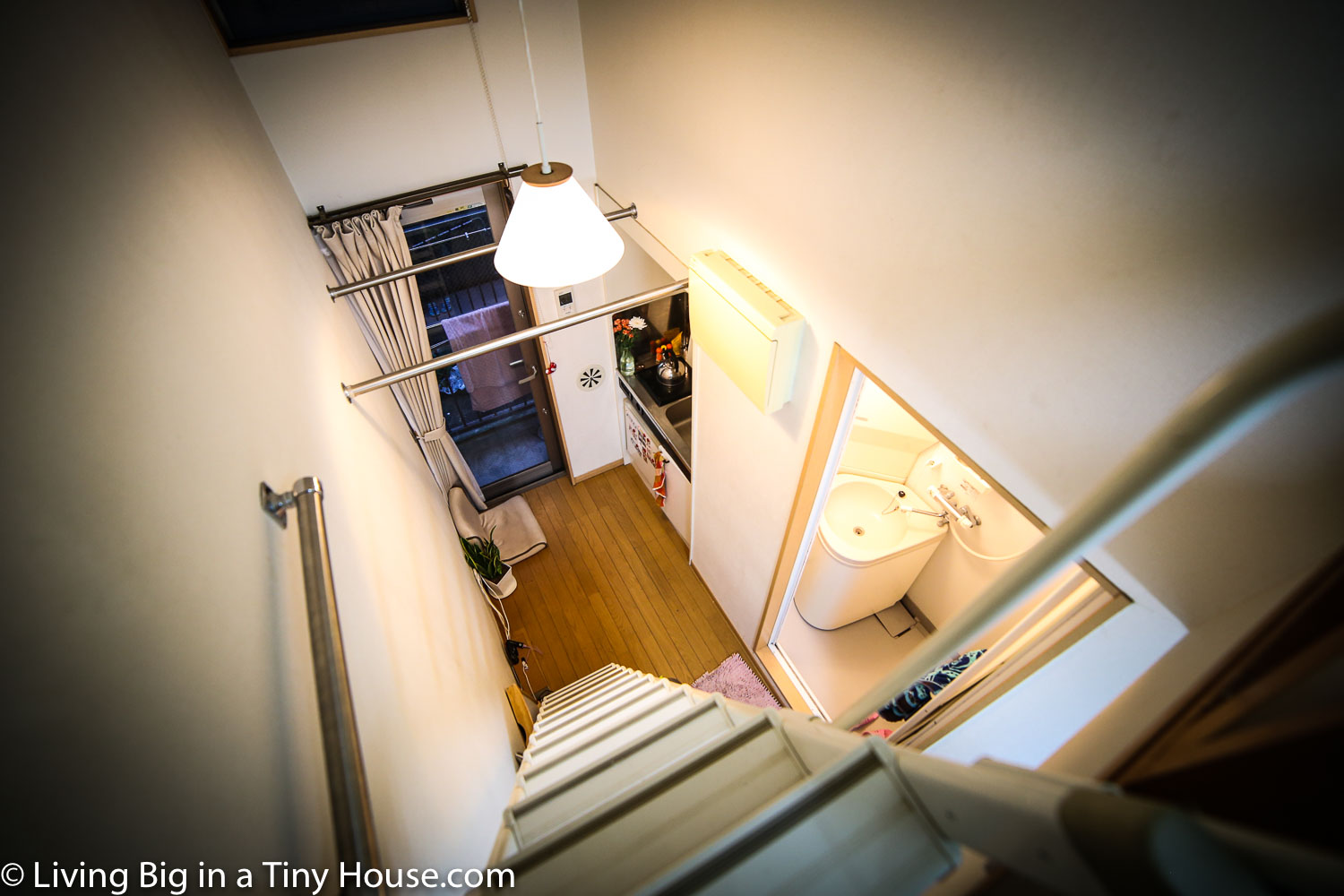 Despite the narrow, almost hall-like shape, this apartments height prevents the space from feeling too confined. Lofty windows at the end of the studio space allow an abundance of light to flow into the room and a small balcony even brings a touch of the outdoors into the home. 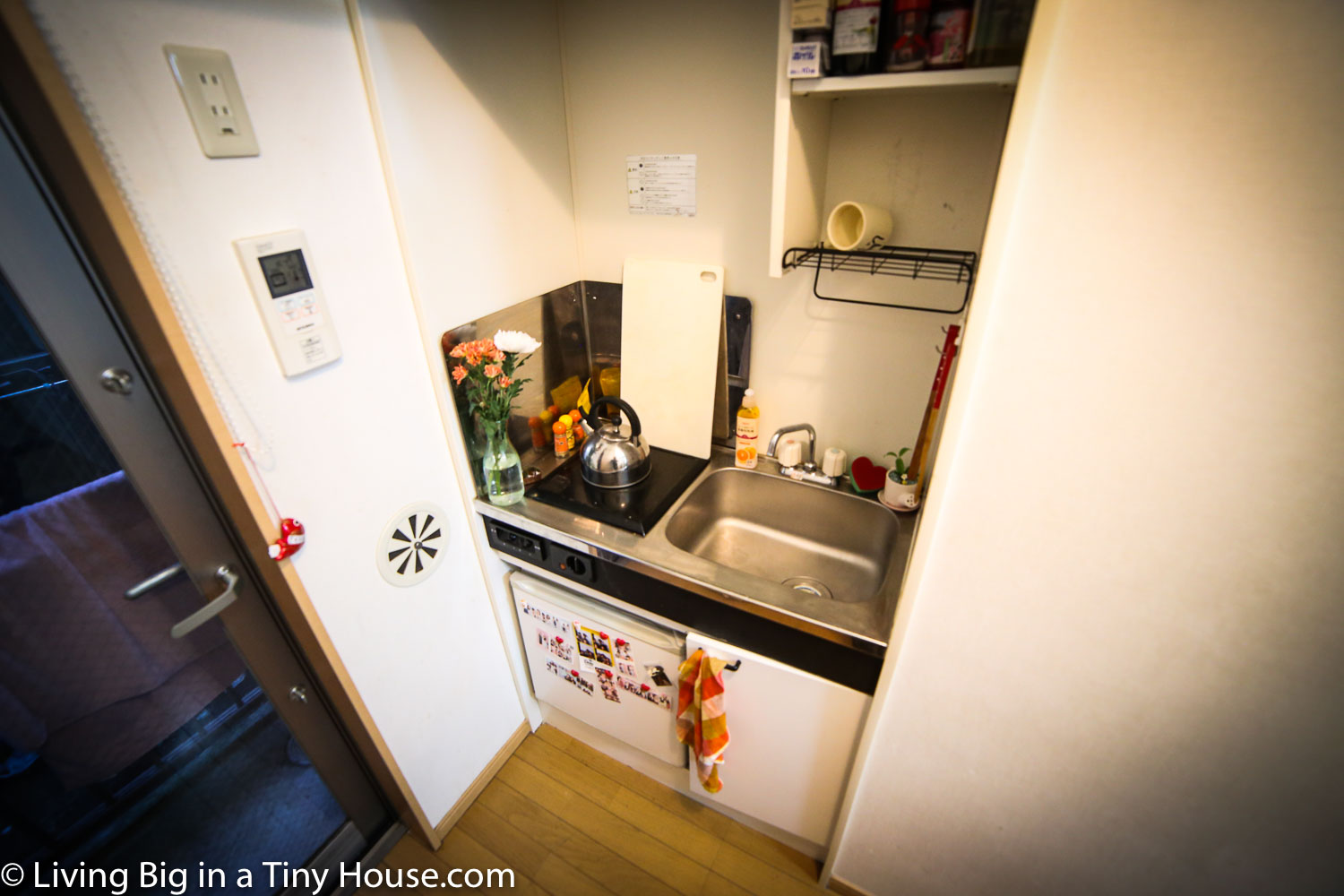 Those who pride themselves on creating gourmet meals may struggle in this tiny kitchen, which has a sink, a single cooking element and virtually no space for food preparation. Emma is able to chop vegetables on a small chopping board which fits over the sink, however she admits that meals in the home have to be kept simple. Although to us in the west this kitchen may seem incredibly small, it’s relatively common in Tokyo apartments, many of which are designed for workers who mostly eat out or who bring food home with them. 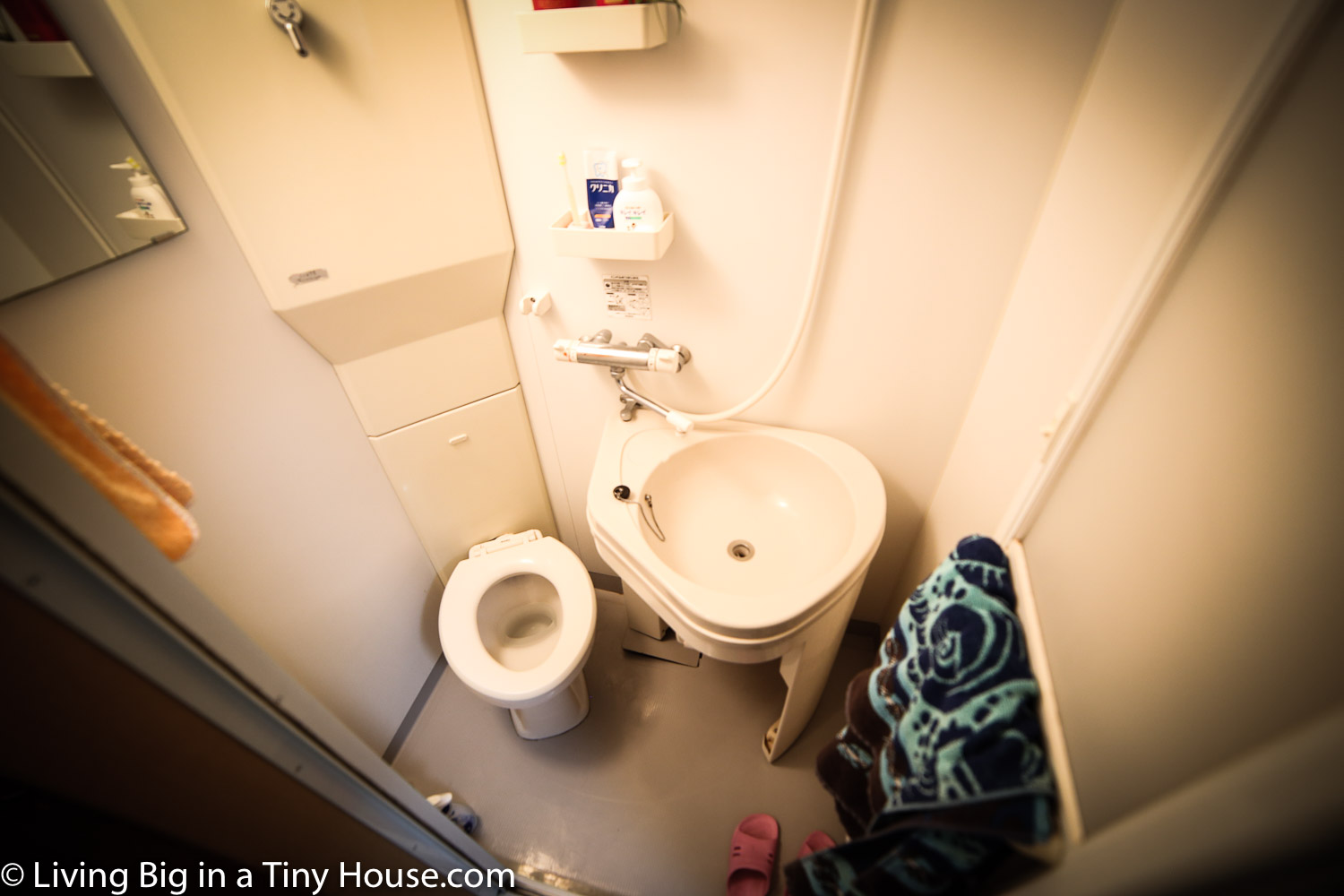 The apartment’s bathroom is a little slice of design genius. The entire bathroom area is designed as a wet room, with a basin which rotates to cover the toilet to create more space and to prevent elements such as the toilet paper from getting wet while the shower is in use. Once moved aside, the bathroom has adequate room for a comfortable shower. 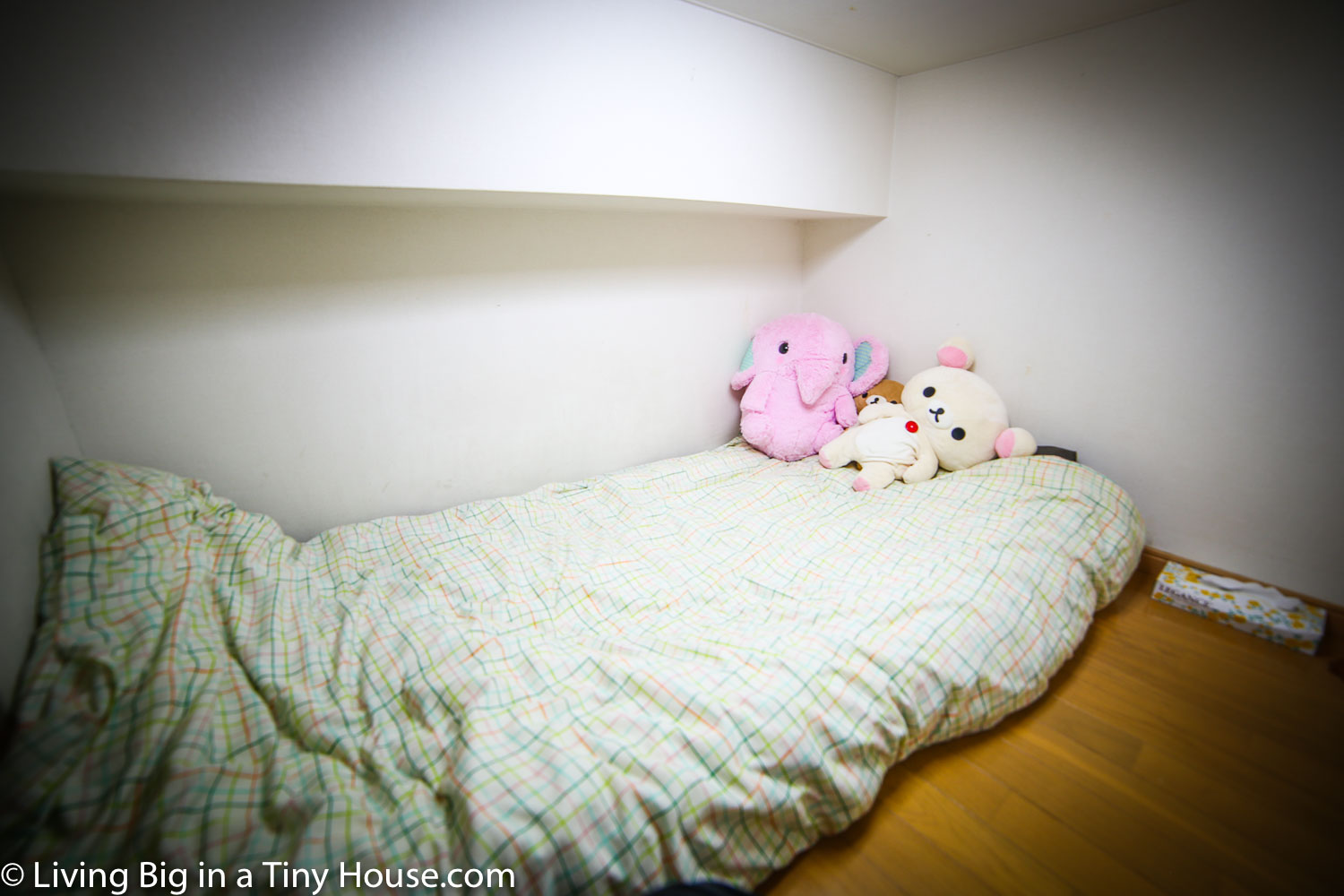 A ladder in the living space leads to a small sleeping loft which sits above the apartments entrance. Although many people worry that a small loft for sleeping might feel claustrophobic, Emma finds the space comforting.

“What animal sleeps out in the open? I feel that animals always go to a cave or they just try to get into a corner or something… I think  a lot of humans like to feel like they are in a tight, nice, cosy space”. 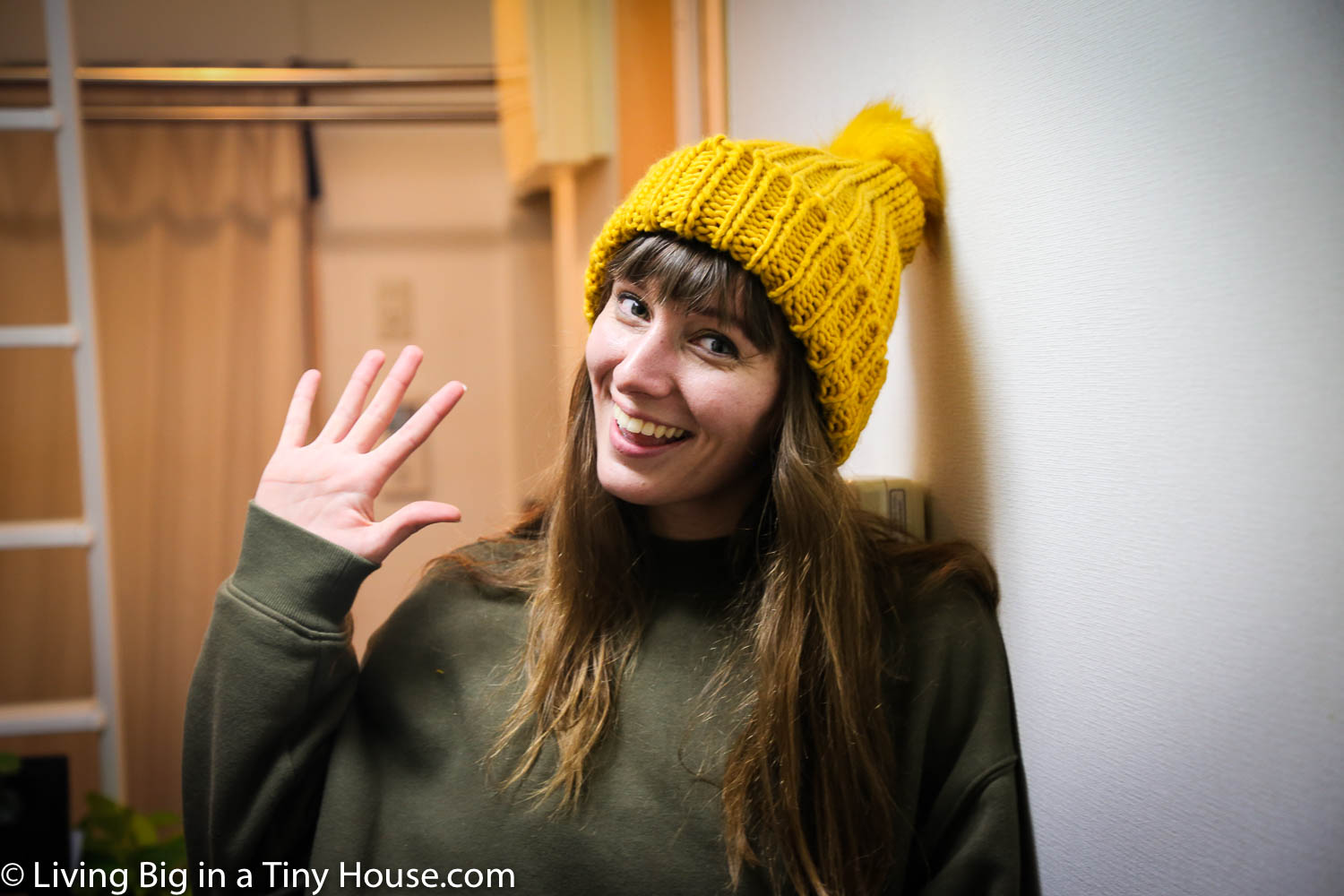 Emma says that she loves how the ¥‎69,000 (US$600) per month apartment keeps her creative and allows her to express herself in her own space. After growing up in Australia, living in Tokyo is an incredibly different pace of life for the young traveller and having a place (albeit a tiny one) entirely to herself offers some respite in a large and often hectic city.

To follow Emma’s adventures in Japan and to find out more about her day-to-day life in this micro apartment, you can check out her YouTube channel, Tokidoki Traveller. 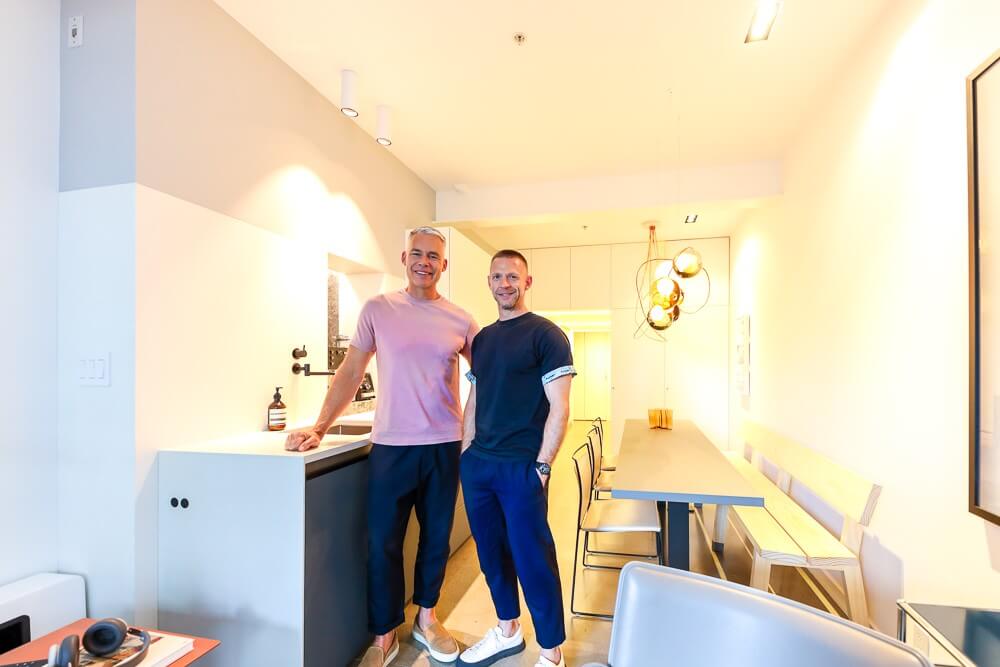 Right in the heart of downtown Vancouver is Gastown, a gritty and culturally radiant place filled with shopping, art, restaurants and much more. It’s there that Chad and Kelly decided to build their home together, transforming a tiny apartment into a small space wonder.