At just 28sqm (301sqft) the apartment is compact, yet feels expansive thanks to some very clever design. As an architect, this project was an opportunity for Douglas to experiment and test out his ideas on his own living space. Attracted to simple living and a desire to live a self-described quasi monastic lifestyle, he wanted to create a place which would allow him to be connected to the city around him, yet which would also allow him to retreat into his own sanctuary.

As you would expect from an architect, this micro apartment is incredibly well thought out. Inspired by Japanese design, the apartment is cleverly separated into different zones with the help of changing floor levels, and through the use of joinery.

On entering the apartment, you’re immediately greeted by the kitchen, in this part of the home you find all of the utilities. Here, Douglas has used dark colours to create an almost cave like effect, a feeling of compression. The kitchen itself is simple and very compact. Deep counters help to make up for their lack of width and allow the very small kitchen to still be functional, providing enough counter space for meal preparation. Hidden in cabinets, you’ll also find a washer dryer, allowing the apartment to be entirely self contained with all the required utilities.

A raised platform / hallway separates the kitchen from the bathroom, which is also quite dark and cave-like, continuing the tiled effect from the kitchen. Although dark in colour, the bathroom has a window at one end and a light panel at the other, allowing light from the living space to flood into the shower and helping to add a sense of openness to the space.

By contrast, the living space is open and very light, giving a tremendous feeling of space to the apartment. The feeling of enclosure dissipates as you walk though the arches created by the kitchen joinery, bathroom and the steel beam and as the apartment opens up into the light and spacious living area.

The joinery in this room is all incredibly simple and is entered around a platform which becomes a versatile space in the home. It’s a bed, but also a sitting area. When Douglas entertains, he is able to sit a good number of people around the platform and table. As an architect who works from home, consideration was also given to the home office.

An abundance of storage is built-in around the apartment, giving everything a place and allowing the apartment to remain tidy and organised.

Douglas’ apartment may be small, but thanks to some very well considered design it’s a completely comfortable, practical and beautiful space to occupy. It’s a place which gives him sanctuary and respite from the city around him, yet at the same time connects him to the city and allows it’s many amenities to become a part of his home. 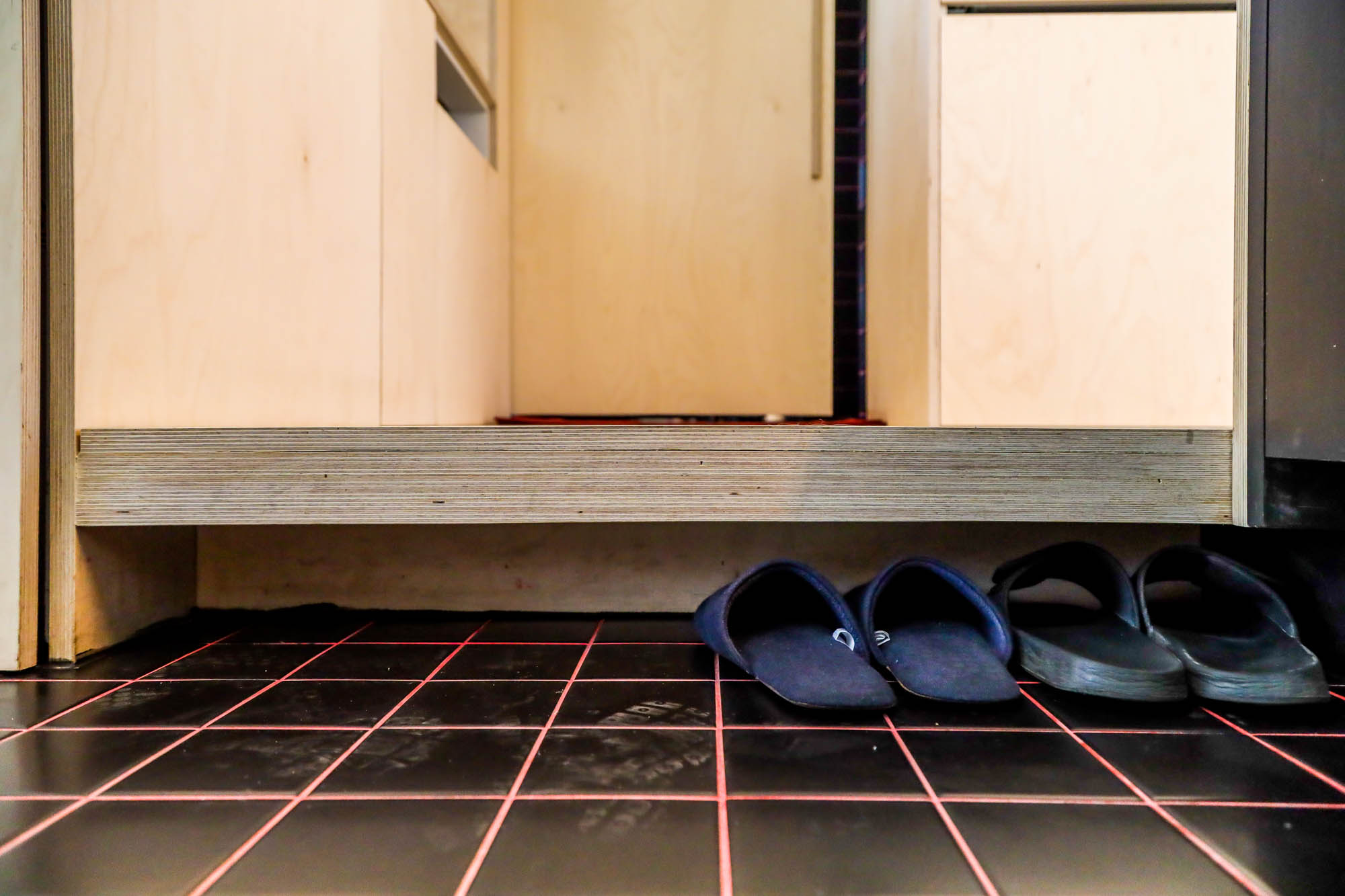 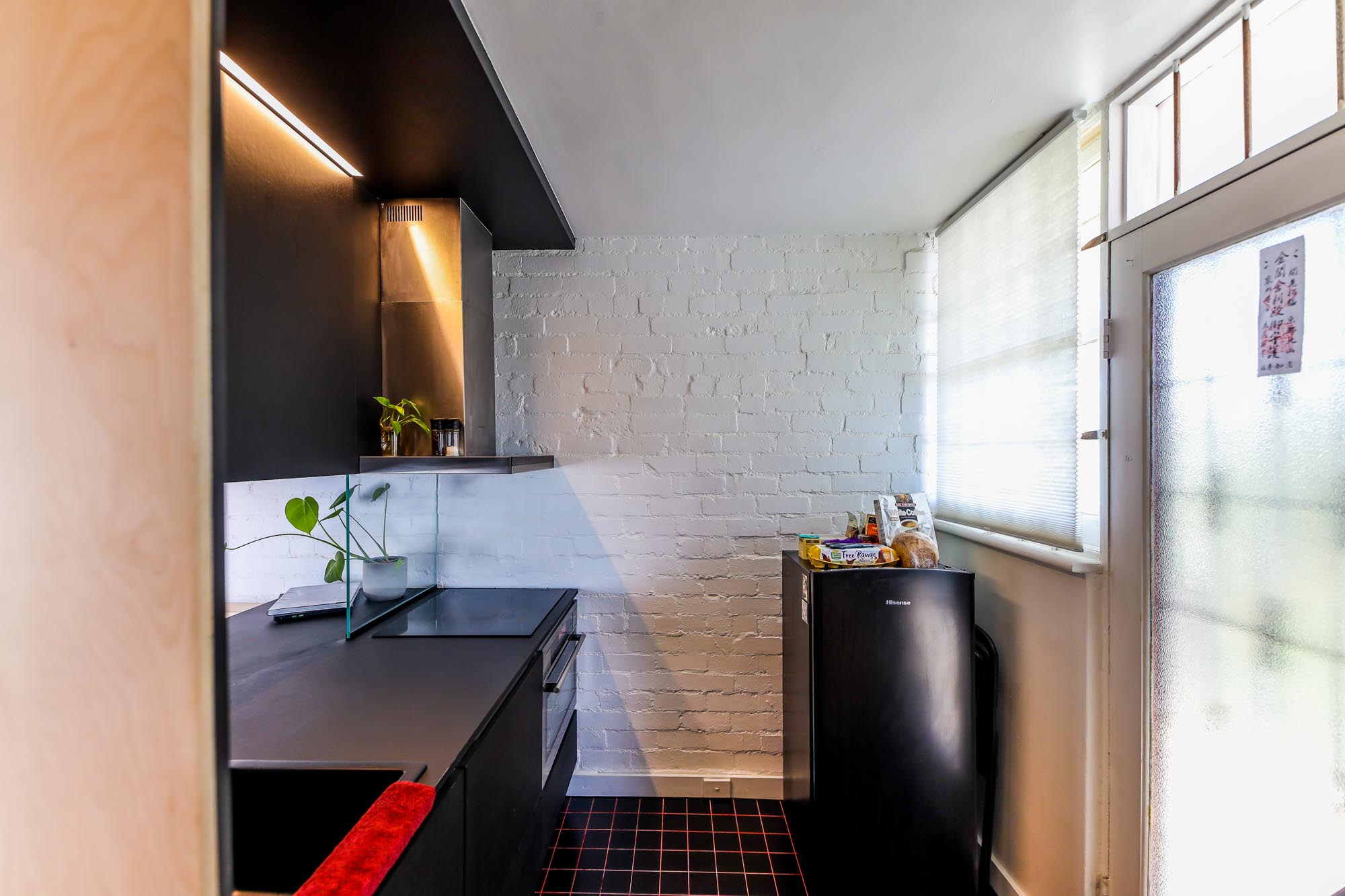 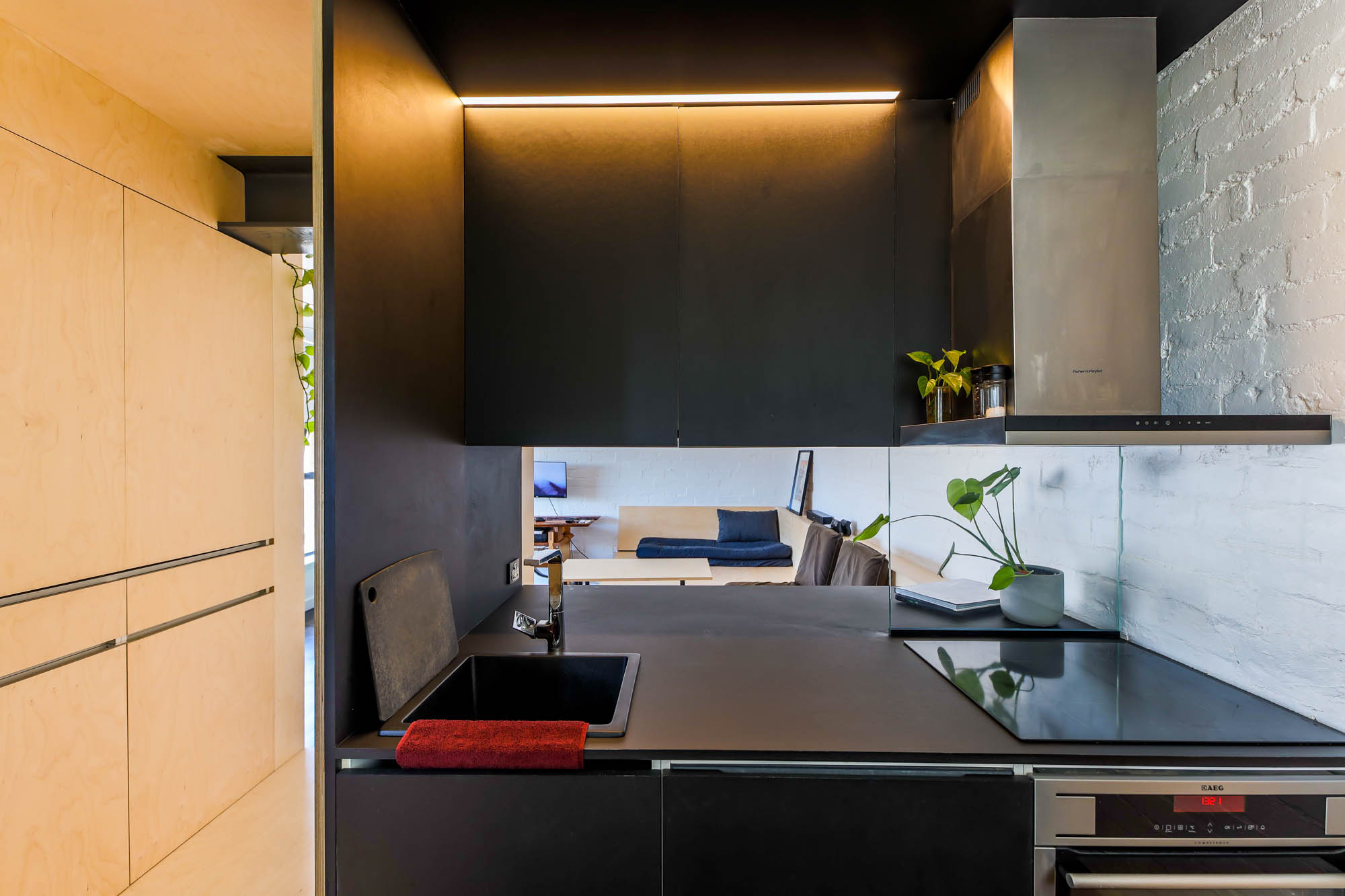 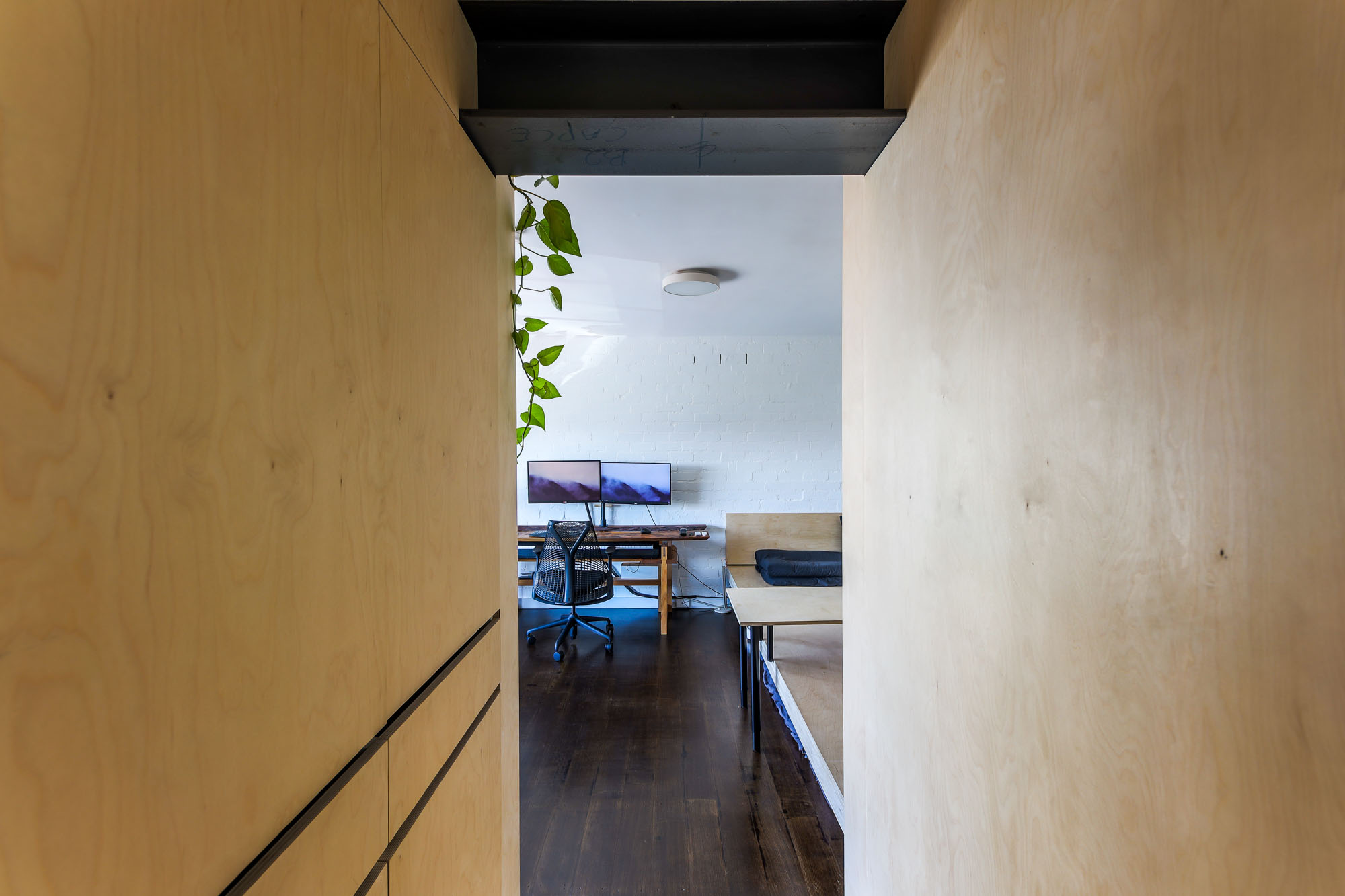 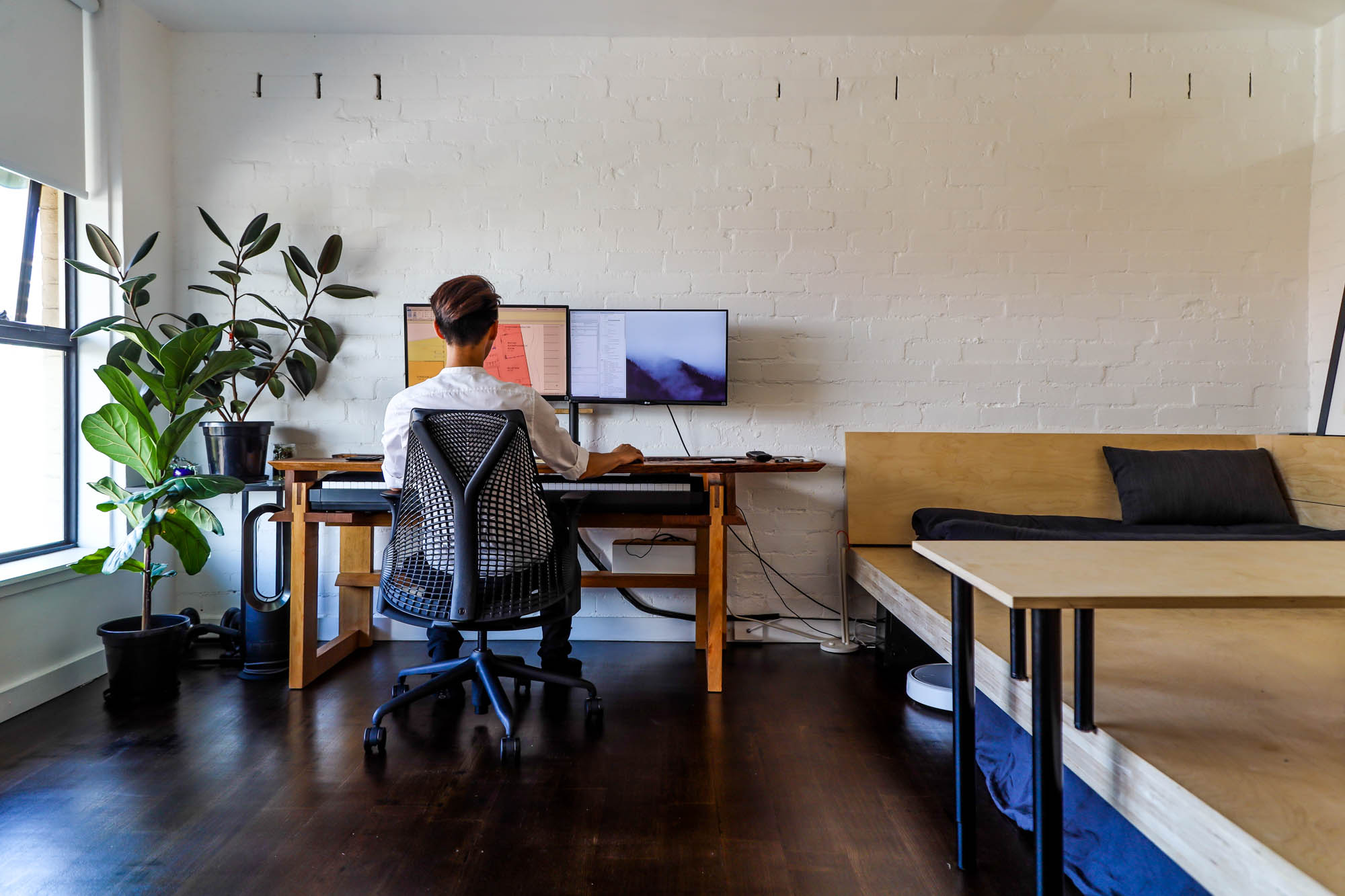 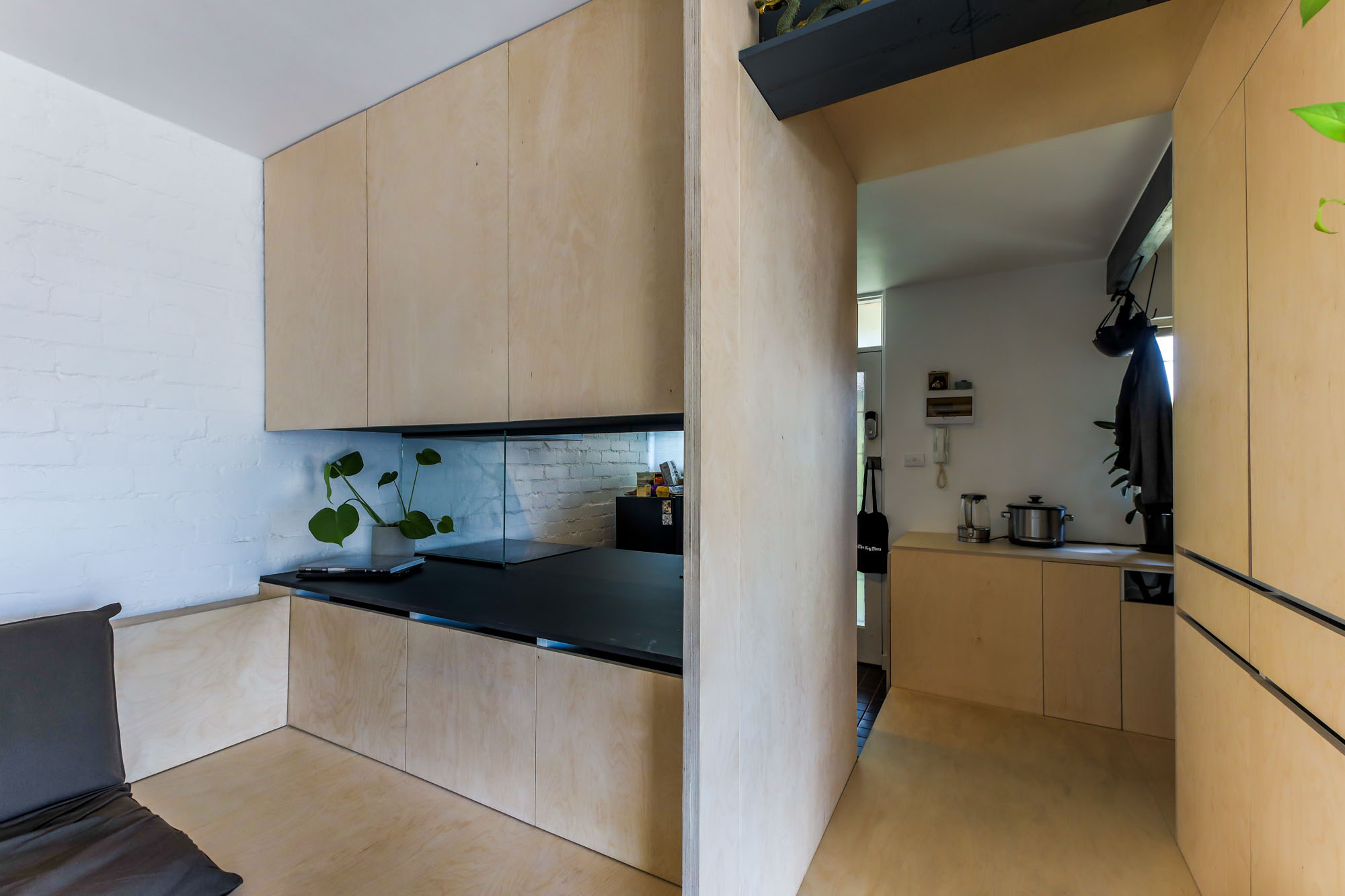 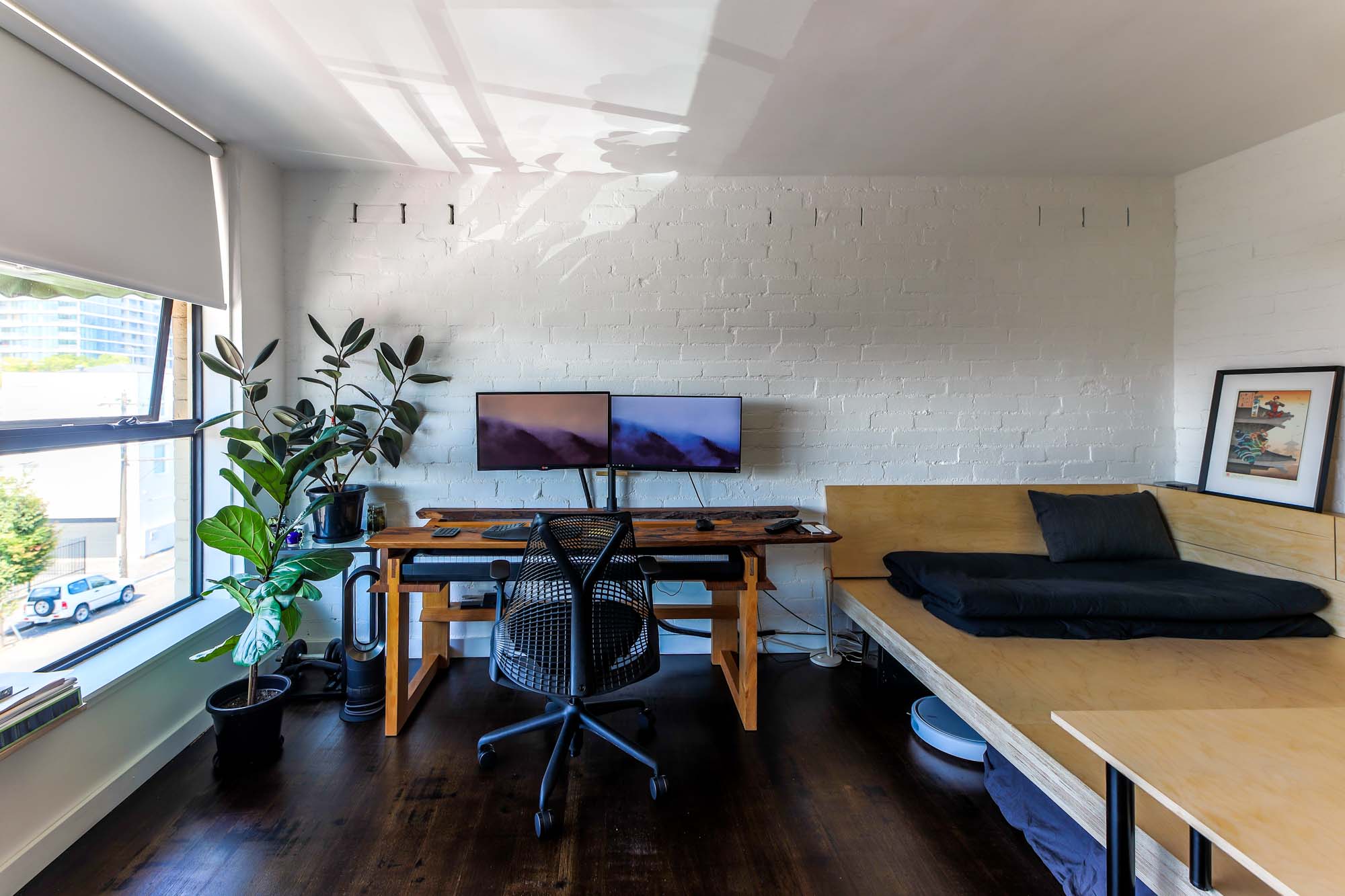 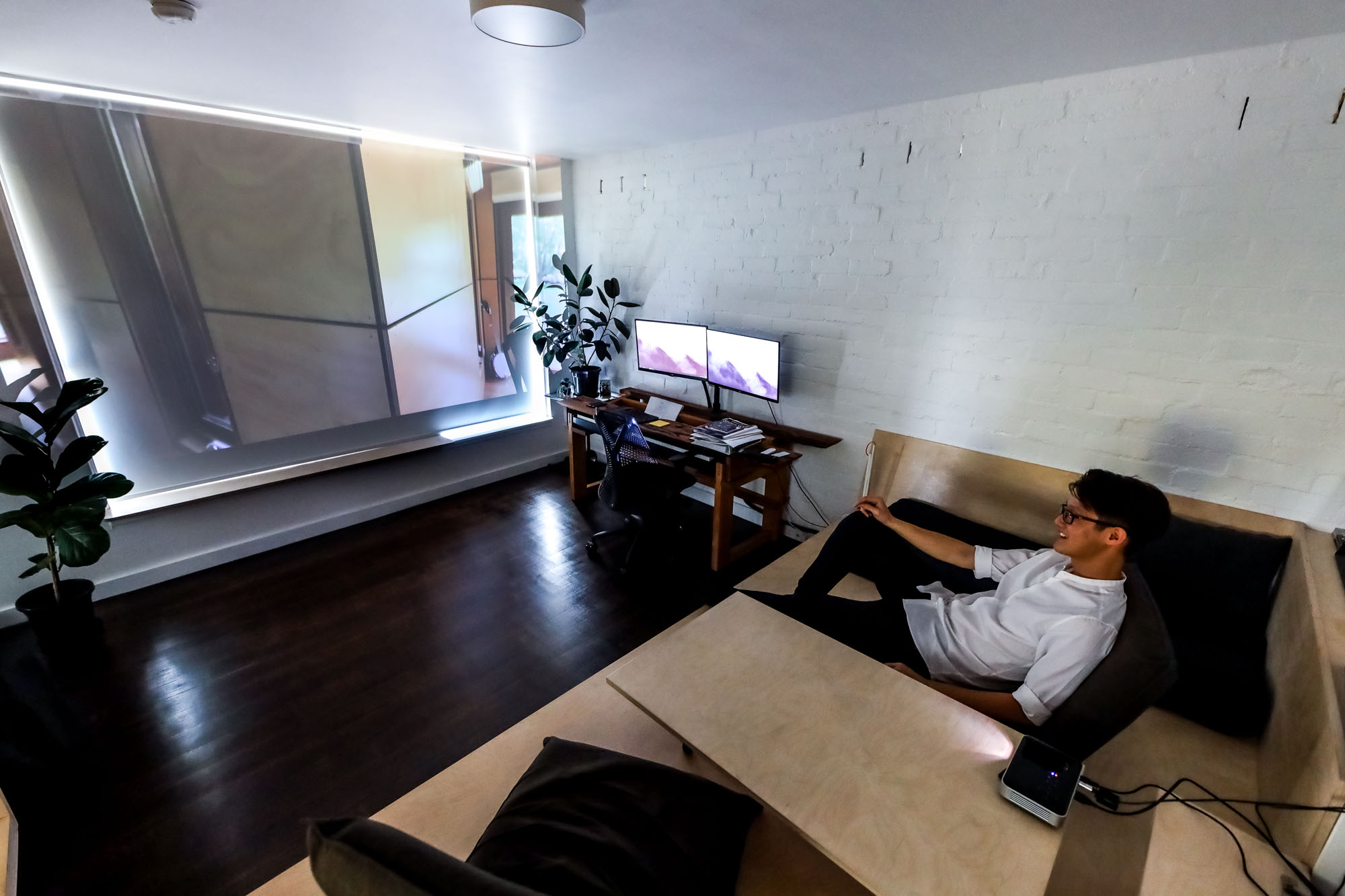 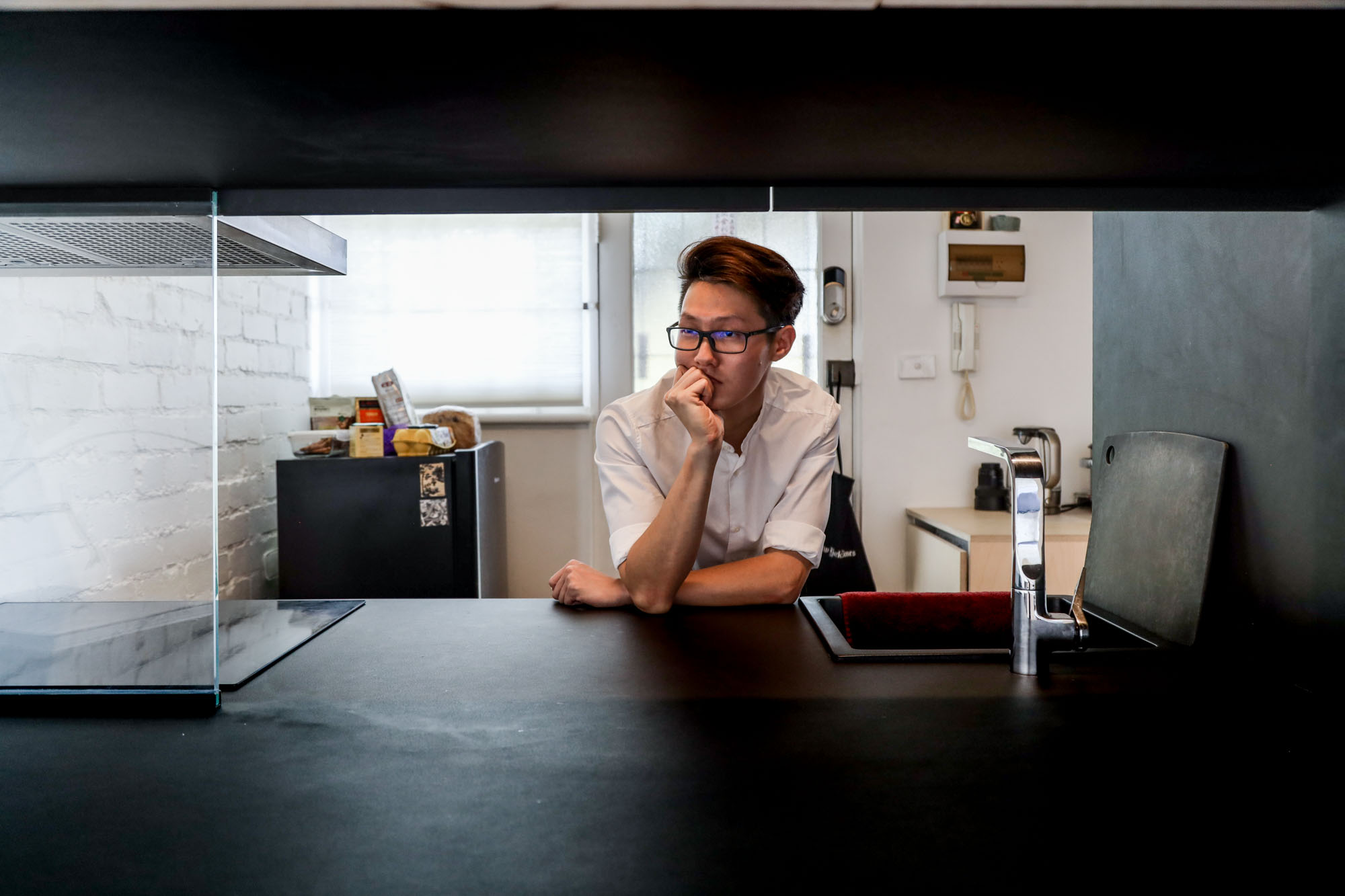