This Enchanting Cabin in the Forest Will Leave You Breathless

Standing amongst the sea of green that is the forest of Olympia, this whimsical cabin appears to have fallen onto the land directly from the pages of a storybook. Built by the inspiring Jacob Witzling, a math-teacher by trade, the cabin was designed to be beautiful yet unassuming, nestling perfectly into it’s deep wooded landscape. 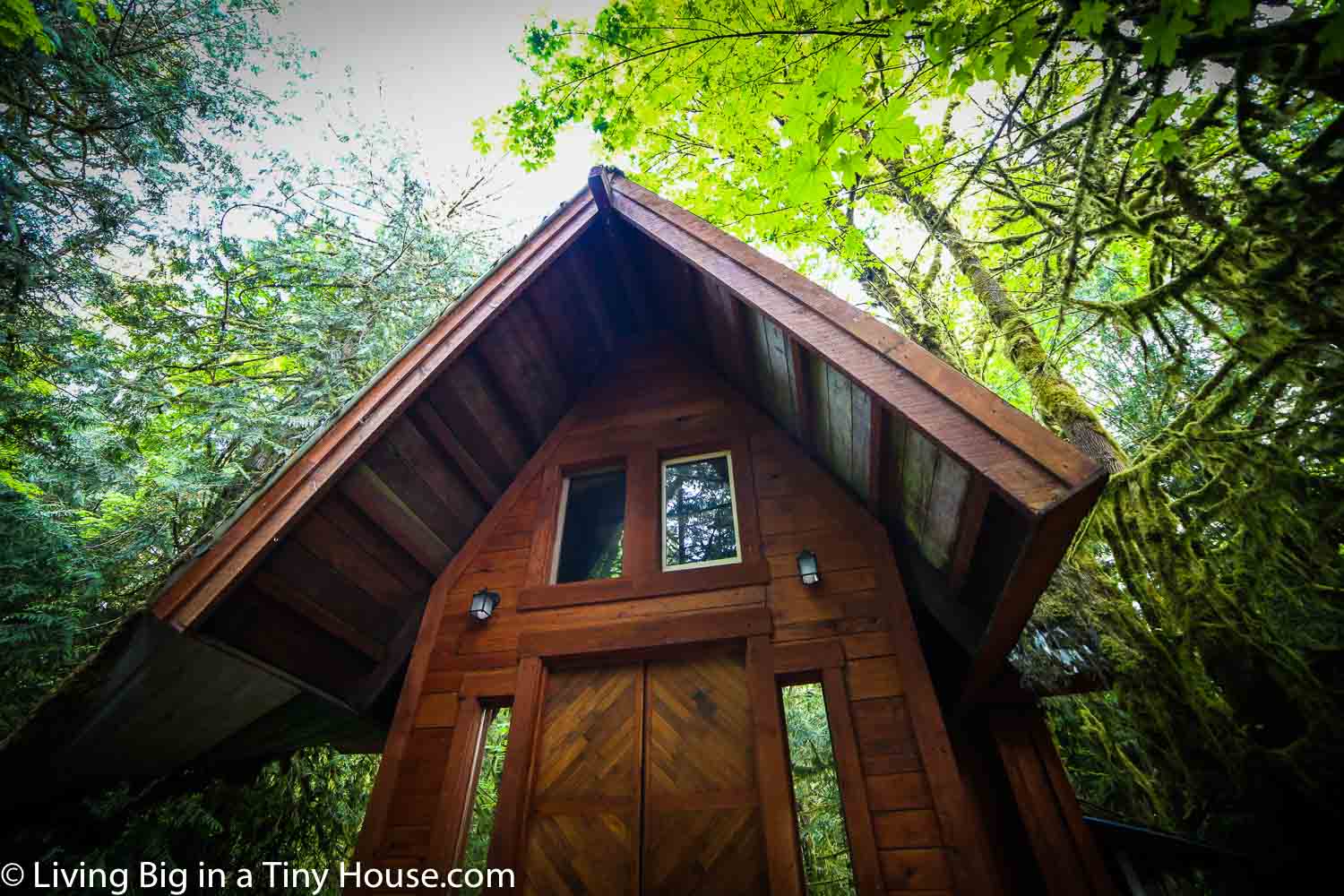 This cabin was almost entirely constructed from reclaimed materials, salvaged from around the Olympic Peninsula. From demolition windows, to a floor that was rescued from an old bowling alley, each part of this enchanting cabin has a story to tell. 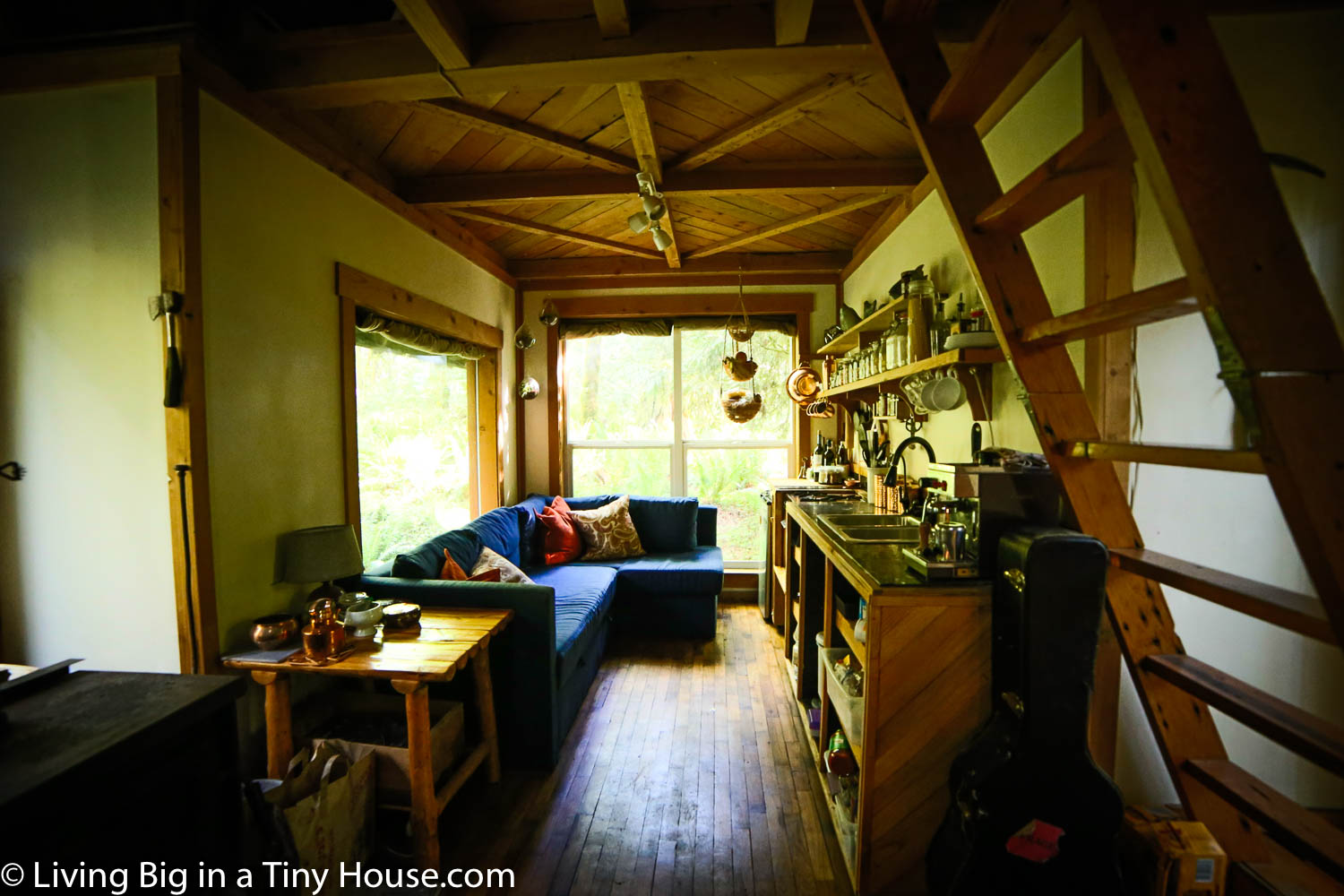 Stepping inside the cabin brings an immediate sense of home. There is a basic human need to feel nurtured and protected by a space which is perfectly fulfilled in this cabin. The furnishings are basic but enough and the whole home feels as though it just desires to be lived in and used. Large windows throughout the cabin bring a sense of the surrounding forest into the home and serve as a constant reminder that you are somewhere special. 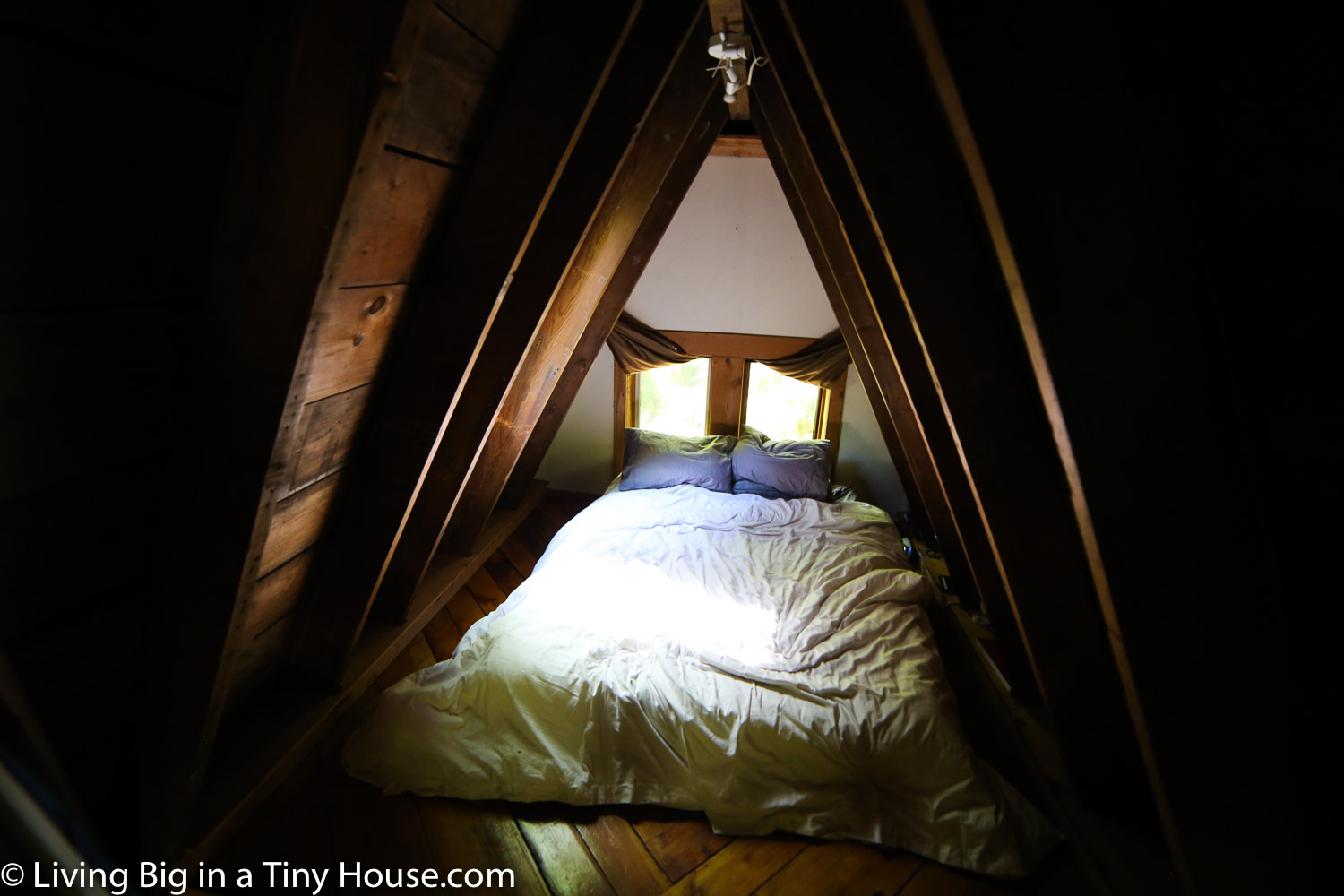 The above loft is dramatically framed by the steep rafters of the roof, which Jacob affectionately personifies as the ribs of his cabin.  A single skylight placed above the bed provides a wonderfully framed view of the forest canopy which allows glimpses of starlight to penetrate through at night. 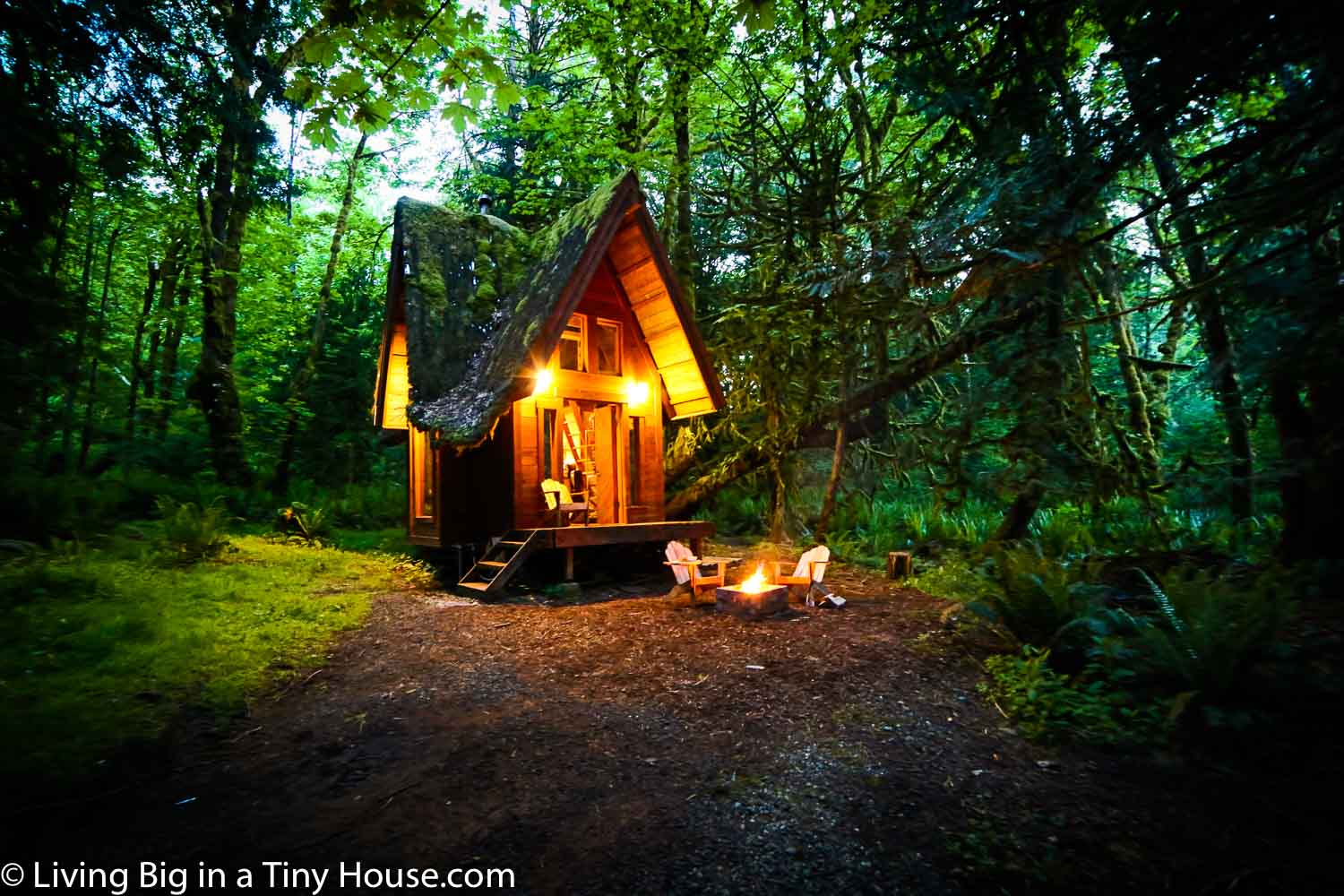 As the light of the day begins to dim, the cabin becomes still and timeless. The simplicity of the home seems to echo Laozi’s words;

“he who knows that enough is enough will always have enough”. 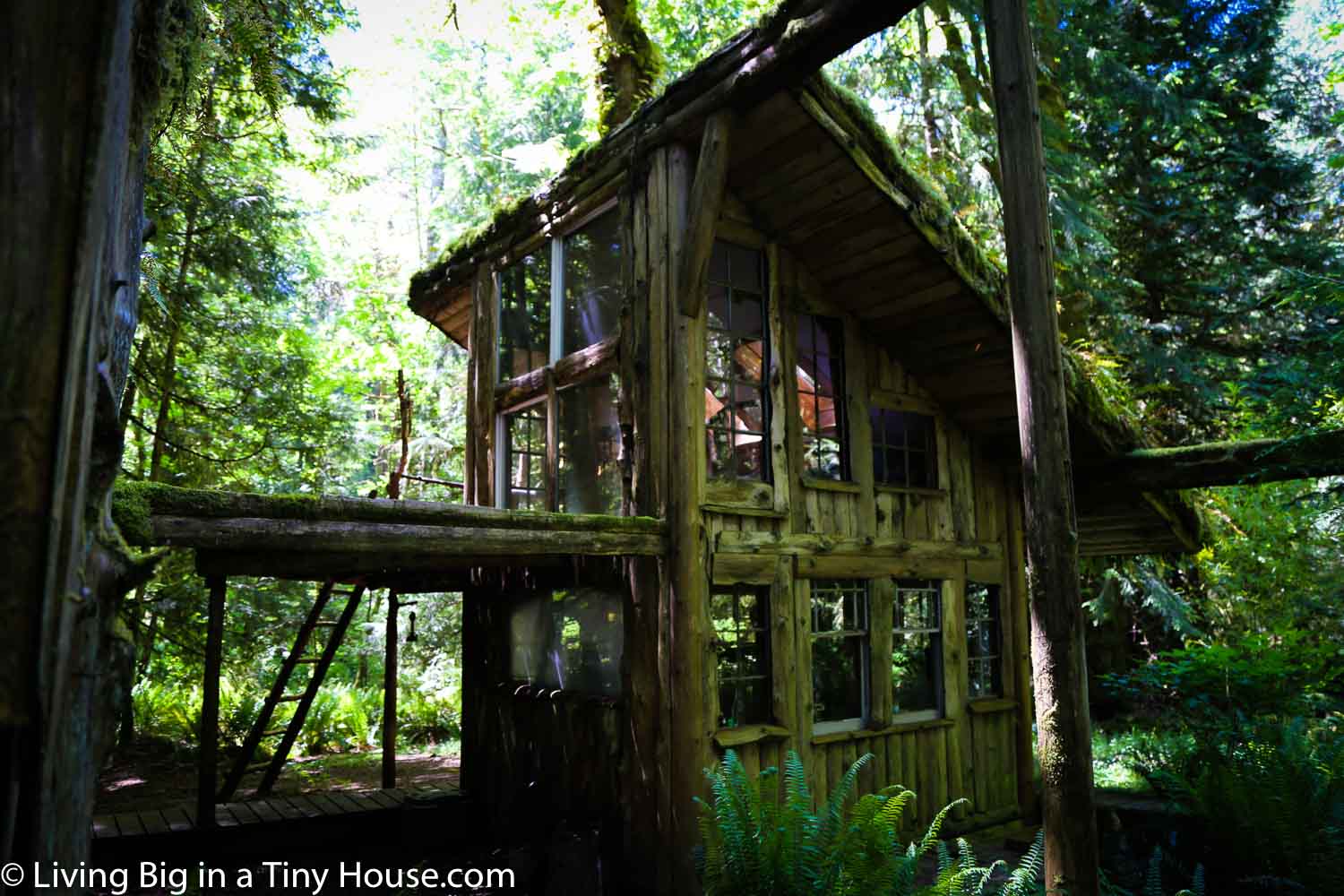 Jacobs cabin isn’t alone on the property. A collection of bewitching cabins are nestled all throughout the forest floor. Some have stood there for decades and have seen many inhabitants come and go. Jacob fell in love with the property after first falling in love with a girl who used to live here. Her connection to the land has since passed, but Jacob’s is only growing deeper. 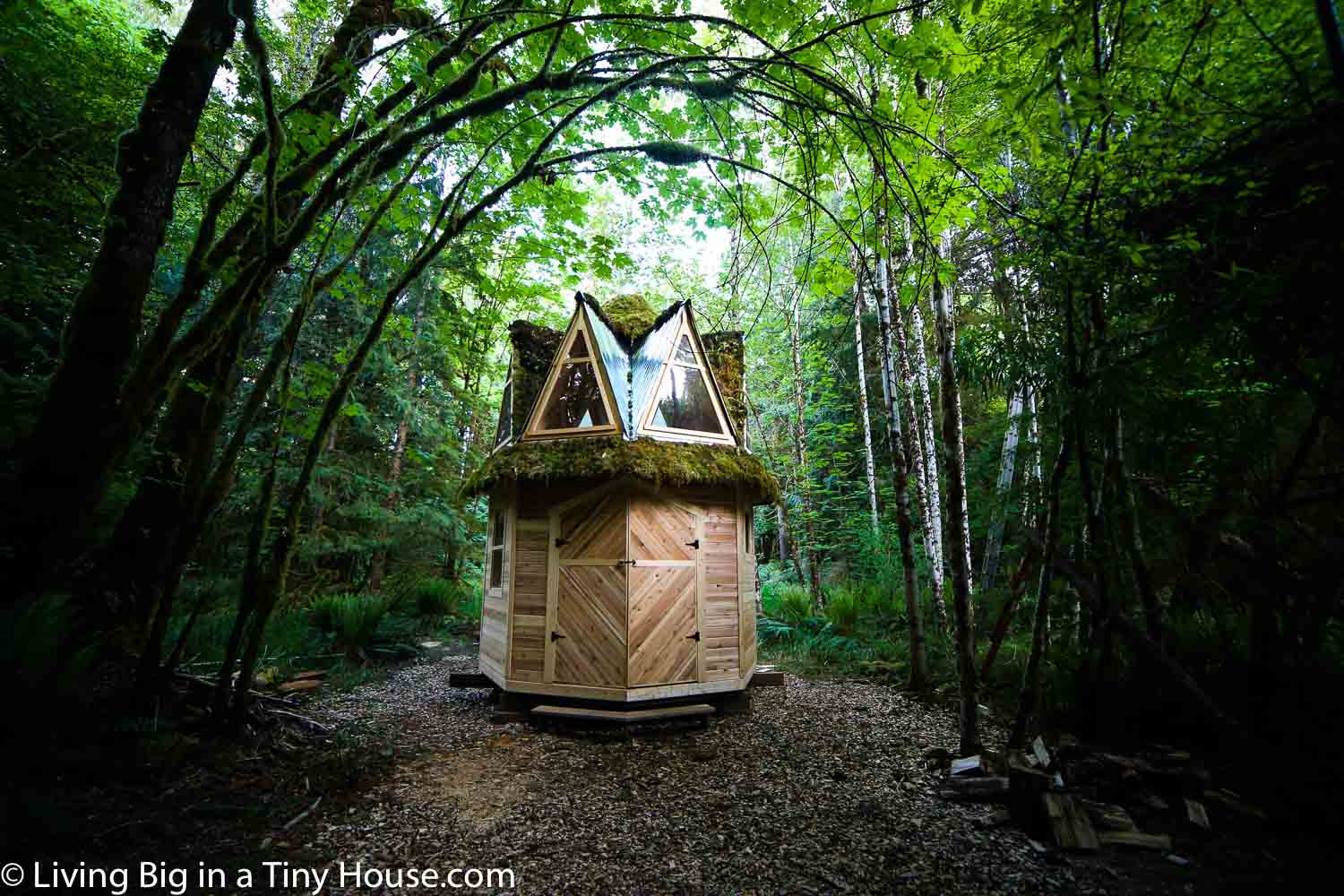 His latest work of art on the property is a delightfully geometrically playful cabin, affectionately named Max’s Crown, a reference to Maurice Sendak’s Where the Wild Things Are. This octagon shaped cabin again transports us into a place where things are built not only for practicality, but for joy and beauty. 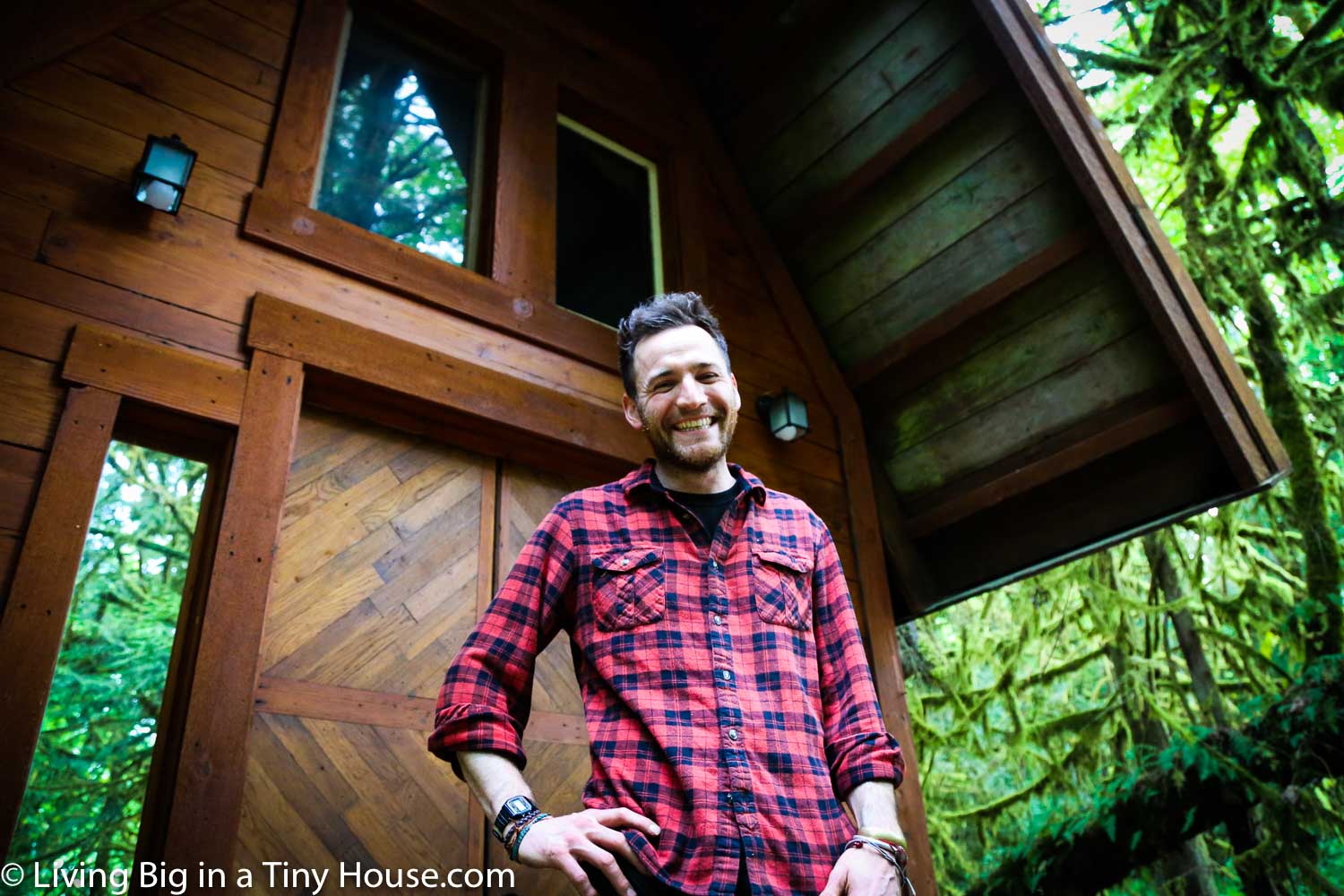 My visit to these homes left me feeling as though I had been given a special glimpse into a different world. A place where art is not seperate from the world around us but innate and an intimate part of our surroundings. In Jacob, I found a person who is as spirited as he is brilliant. A man who has the ability to know and appreciate beauty and with hands that have the aptness  to bring a spectacular vision to life. 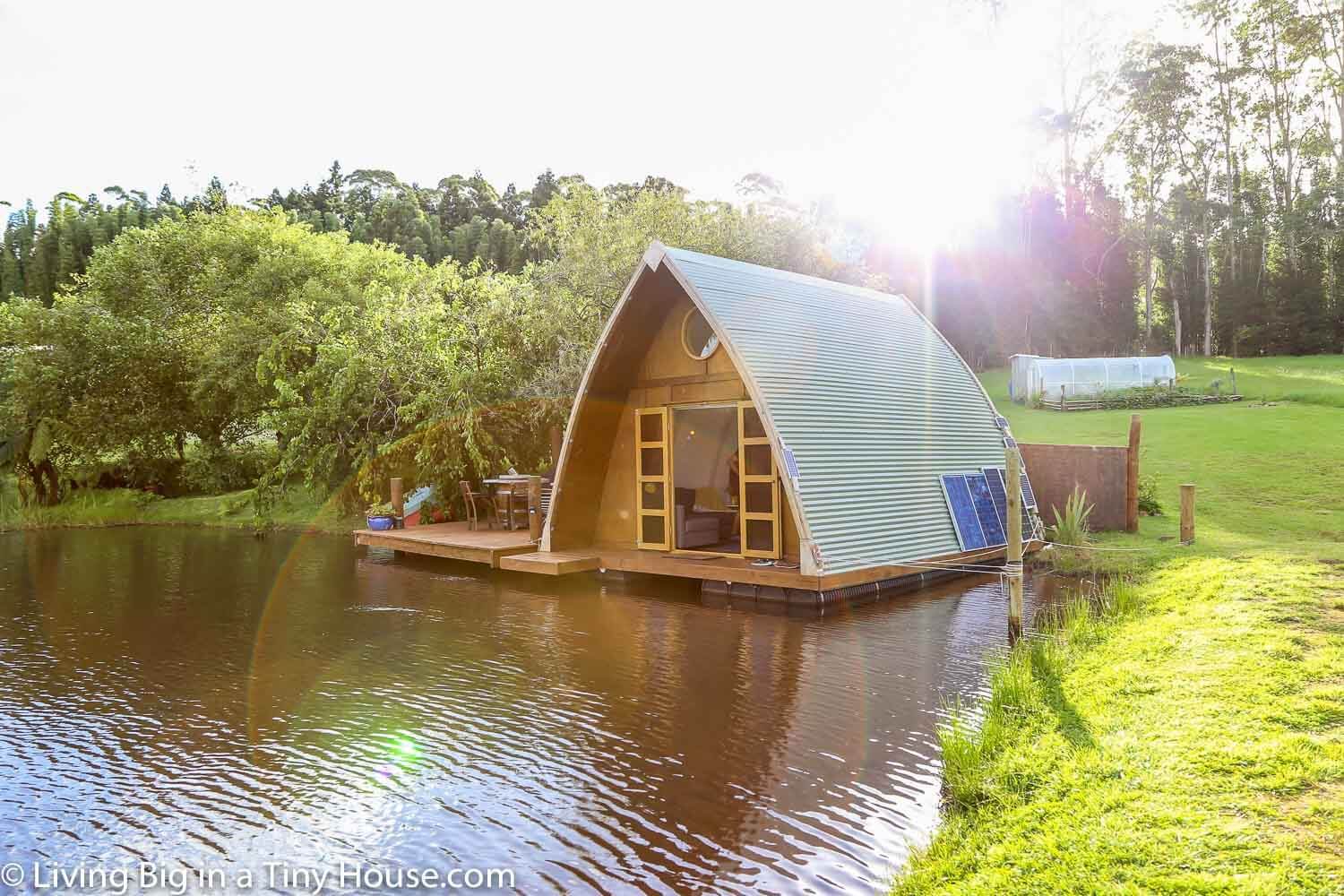 This Floating Tiny Cabin Is The Ultimate City Escape

This Floating Tiny Cabin Is The Ultimate City Escape

When this young family grew tired of the city life, they made their escape to a stunning rural property in Northland, New Zealand. The land they purchased was quite unique and had a beautiful spring-fed dam which they have used to float a stunning tiny house cabin on pontoons. 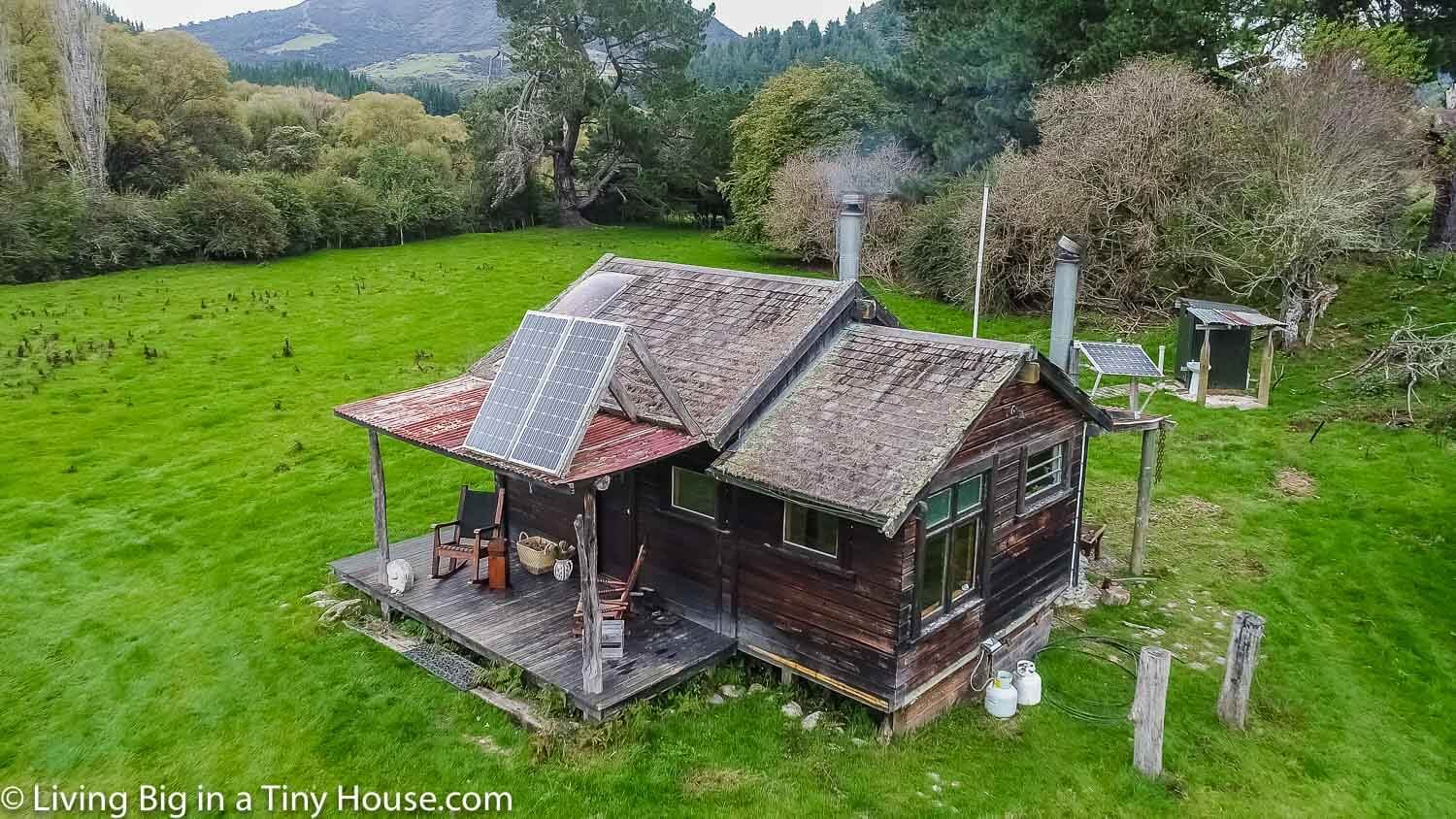 ﻿ Hidden away deep in the Baton Valley, nestled amongst the imposing mountain ranges of the Kahurangi National Park is a tiny, off the grid cabin which looks as though it could have sat there for hundreds of years. Named the Honeywell hut, a tribute to it’s builder Jack Honeywell, this historic looking cabin is the pride and joy of it’s owners Richard and Fiona, who constructed this unique get-away as an escape for themselves, as well as to help … →