The Beauty Of The Bucket: Why Bucket Composting Toilets Are A Brilliant Idea 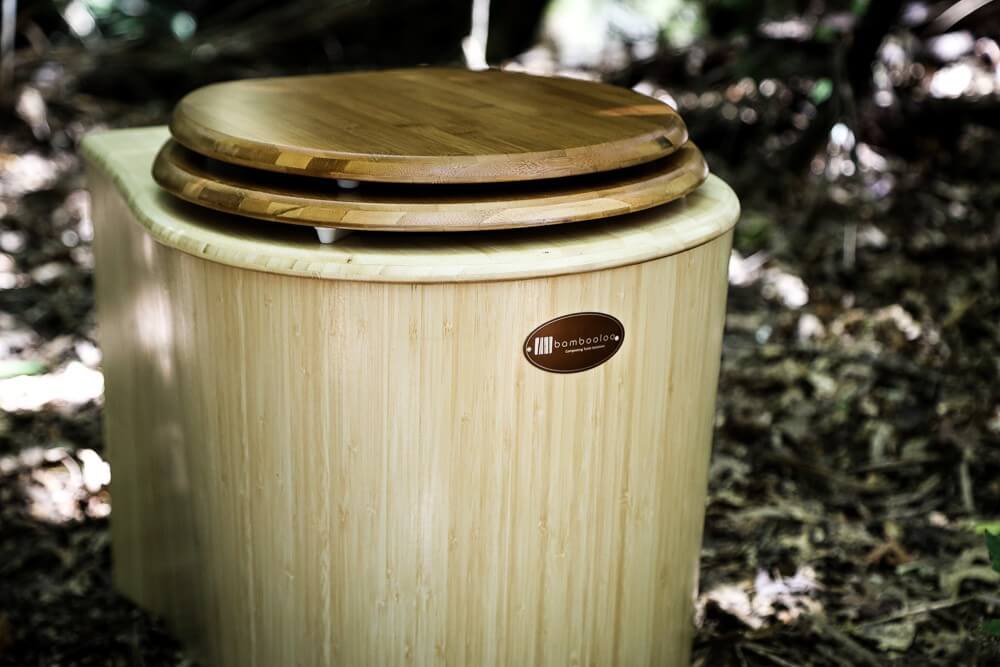 Throughout our videos, you’ll often hear us referring to composting toilets. In tiny houses around the world, composting toilets are especially common as they don’t need to be hooked up to sewer / waste water systems and can allow the home to be self contained. In this article, we will dive deep into all you need to know about simple bucket composting toilets for your tiny house or alternative dwelling.

I never thought that I would love my composting toilet. In the beginning, it was a necessity rather than something which I aspired too. There’s initially something quite confronting about literally having to take care of your own poo and the very concept of not being able to flush away human waste is an immediate deal breaker for many people. After spending some time using my composting toilet and once the process of maintaining my loo was normalised, I can honestly say that I would never choose to go back to a regular, flushing toilet. 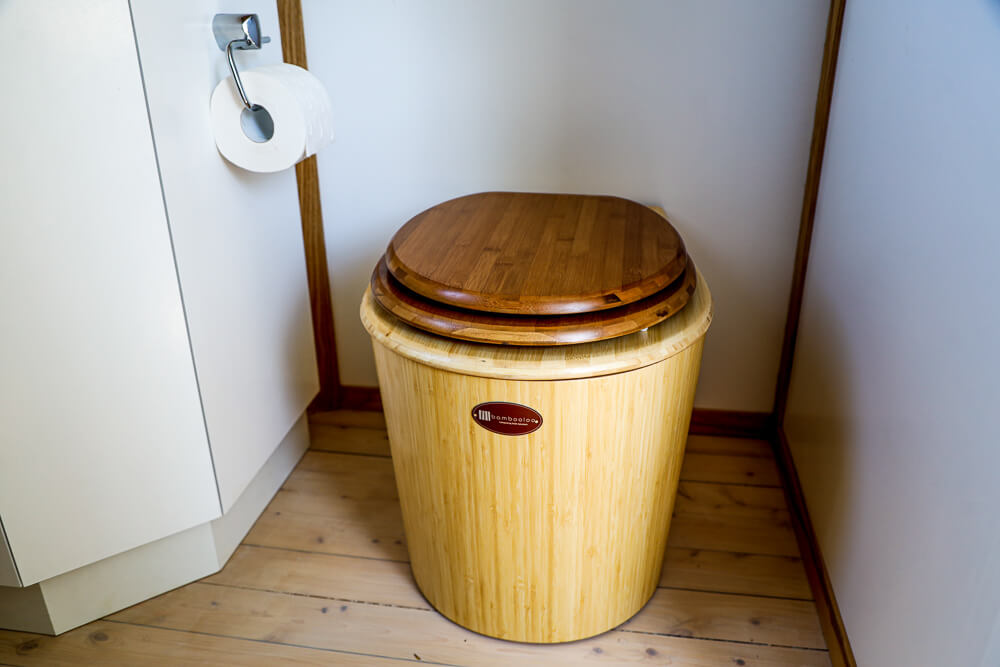 Above: The Bambooloo  is a commercially available bucket composting toilet handcrafted in New Zealand by my good friend Dylan. Easy to use, easy to install and great looking, it is the toilet which I chose to use in my own home.

There are several reasons why I am an advocate for use of composting toilets and mostly this boils down to environmental reasons. Composting toilets take something which is commonly viewed as a waste material, and transforms it, through the process of composting back into a valuable resource in the form of Humanure, or human manure. This nutrient dense, pathogen free, completely safe resource can be added to ornamental gardens, fruit trees and even onto vegetable gardens if people choose and if it’s been correctly and thoroughly composted.

Above: The Intact Human Nutrient Cycle as shown in The Humanure Handbook.

Right now, we have a broken nutrient cycle, where food is grown, eaten and human waste is discarded and treated as sewage which often involves harsh chemical treatment before dumping into our oceans and waterways. Chemical fertiliser is then used to (ineffectively) replace soil nutrients in order to grow more food. On the flip side of that, an intact nutrient cycle is where the waste is composted, and turned into a nutrient dense fertiliser which can then be used as a valuable resource to replenish soil nutrients, build top soil and help things grow. Nature after all, is a closed system. Waste is not natural.

The second reason why I’m especially enamoured with composting toilets, is the fact that they don’t consume any water. I’ve travelled throughout California and Australia in times when they were in extreme drought. I’ve seen rivers dried up, fresh water fauna dead and local wildlife struggling to clutch onto life in the face of extreme water poverty. It’s simply devastating, and yet, in a world where water scarcity is an increasing fact of life for many people, we still take perfectly good water, defecate in it and then flush it away. Each person who uses a composting toilet can in fact save more than 25,000 litres (6,600 gallons) of water each year. In all regions which are prone to drought, there’s no question in my mind that use of a composting toilet should be mandatory.

Each and every time I use my composing toilet, I remind myself that I’m part of the earth, that I’m doing my part for water conservation and that I’m helping to close the nutrient cycle and assist in natures regenerative process.

When you start looking into composting toilets, it can initially be quite daunting as there are now many available on the market. On one end, you have the humble bucket composting toilet, and on the other, you have highly technologically advanced, computerised, automated units which look as though they are ready to be used in space.

In a future article, we might look into comparisons of some of these other composting toilet models, but in this text we will now focus on the bucket composting toilet system and why I still feel that it’s a very good option.

Once the bucket is full, remove the bucket and empty the contents into an external composting area. The best set-up for this is a simple three bay composting bin. Here, you add the contents of the bucket, cover with more carbon material and allow bacteria to go to work, breaking down the materials and allowing the composting process to do its thing.

Ideally, you’ll be able to create conditions for thermophilic composting to occur, this is where the compost heats up to over 41 degrees Celsius (105 Fahrenheit), at which point all potential pathogens are completely destroyed. Normally, under these conditions humanure should be safe to use after composting for 6 months – 1 year, however if you’re unsure, you can leave for 2 years to be on the safe side, before using the compost in your gardens.

I’ve completely simplified and given a very basic overview of this whole process here. For anyone interested in using composting toilets, The Humanure Handbook by Joseph Jenkins is an absolutely essential read. This book is thoroughly researched, the information well (and humorously) presented and the content really covers absolutely everything that you would ever need, or want to know about composting toilets, including vivid details of their use and maintenance. If you own a composting toilet, or if you’re even vaguely interested in the subject, I highly recommend you pick up your copy of the book. Because Joseph Jenkins is a legend and activist, he has even made the contents of The Humanure Handbook available for free online.

So, if you’re trying to decide whether a bucket system might be right for you, or if you may perhaps be more suited to an alternative, commercial model, here are some of the pro’s of bucket system use.

Bucket systems are very easy to use and to install. There’s no penetrations required in the floor or walls. The units themselves are even relatively simple to construct yourself should you choose and therefore can also be designed and built to match your home.

Generally, simple bucket systems do not require separation of liquids and solids (pee and poo) and so everything goes into the same bucket, and can be easily emptied out on to the same composting pile.

Cost should never be a barrier to a more sustainable way of life! Bucket systems can be constructed very affordably using easily obtained materials and their ongoing cost of use is minimal. It’s possible to DIY build a composting toilet, depending on your location it may be possible to order a kit-set, or there are some extremely nice, craftsman constructed versions such as the Bambooloo (available from Waterless Composting Toilets New Zealand), which I have in my tiny home, which are still cheaper than other commercial available units with more technology.

Many composting toilets are rated on uses because of the size of their receptacles. If you need more people to be able to use a bucket toilet more frequently, then this can be achieved simply by adding more buckets into circulation.

Non-splashing, and without a flush function there is reduced risk of airborne faecal particles, which actually means these composting toilets are more hygienic than a regular flushing toilet!

Even if you have a regular flushing toilet in your home, it’s a brilliant idea to have a bucket toilet on hand in case of emergency. After the 2010 / 2011 earthquakes in Christchurch, New Zealand, destroyed infrastructure meant that tens of thousands of people were left unable to use their flushing toilets. If you had a composting toilet in your home, you quickly became the most popular person on your street.

Bucket composting toilet systems certainly do have their advantages, yet they also fall short in a few key areas which are worth examining.

The more technology that’s involved in a composting toilet, the less human effort is generally required in order to maintain the system. In the case of a bucket system, buckets must frequently be changed and emptied. For some people this isn’t a big deal, for others it can be a bit too much work.

A composing toilet when correctly maintained with appropriate cover material should not smell. However, most commercial units have extractor fans installed with constant negative air pressure, consistently extracting any odours from the toilet and taking them outside of the house. This has the added benefit of also meaning that even when you are going to the toilet, there is absolutely zero odour in the room. This is a huge benefit especially if you are living a tiny house! Just be sure to be very thoughtful about where this vent is going, or else you may just create more problems than you solve.

Most people aren’t used to using composting toilets and so don’t be surprised to discover that your guests are actually terrified of using yours. I’ve often be told stories of guests who will quickly leave a social gathering and go home to use their own toilet for fear of being confronted with a bucket. This sucks, but it’s also an opportunity to help educate people about composting toilets and their benefits, and once a guest tries it, they are generally quickly alleviated of their fears. A bucket toilet is at least very simple in its use and requires less instruction than some of the other, more technologically advanced toilets on the market. 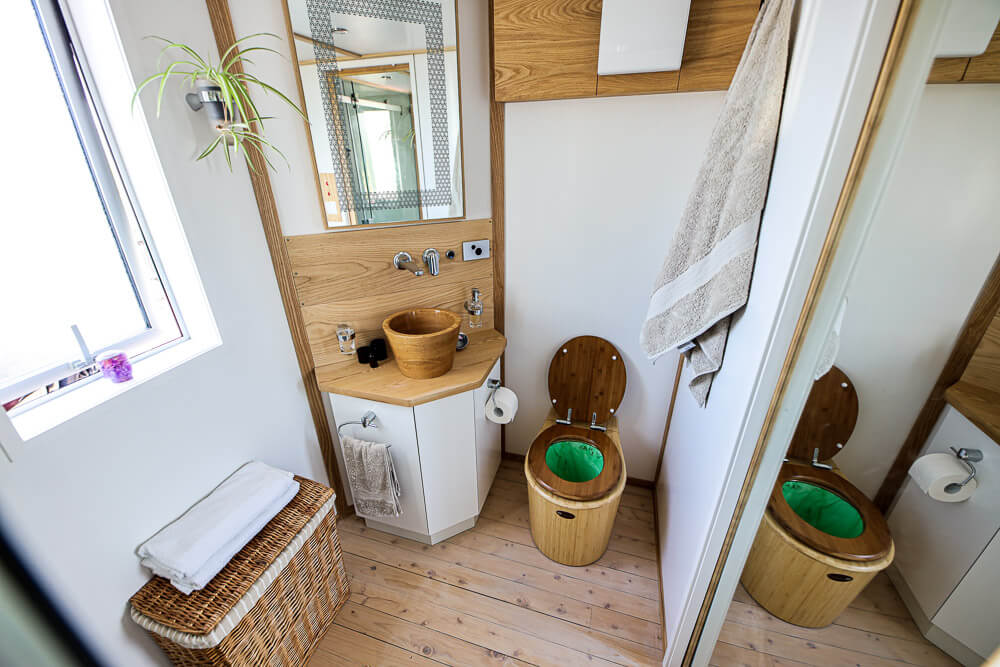 Above: My Bambooloo composting toilet looking very at home in my tiny house bathroom.

Composting toilets are a revolution in their own right. Their use is still today viewed by the mainstream as somewhat radicle and they exist on the fringes of society as far as toilets are concerned, however their use has recently became much more widespread, largely thanks to the alternative living movement, in particular tiny houses. It’s most common today to see composting toilets in use in tiny homes, boats, caravans, motorhomes and off the grid cabins and batches, yet I believe that as the movement progresses, as composting toilets loose their undeserved negative stigma and as we evolve into a more environmentally responsible society, use of composting toilets will become the eventual norm.

If you are considering a composting toilet, I highly recommend you do as much research as possible into the various options available and what unit will best suit your needs. Without a doubt, the humble bucket composting toilet remains one of my absolute favourite options today. While it’s a low tech option, it’s robust, reliable, effective and affordable. Sometimes, simple really is best. 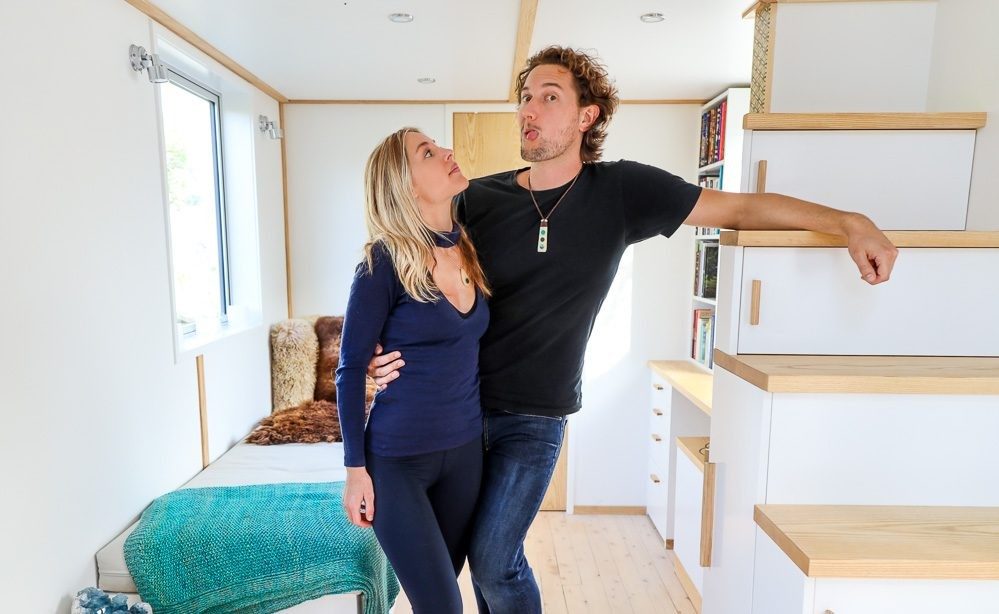 Are you a super talented videographer with a love of tiny homes and alternative living? If so, we would love to hear from you! 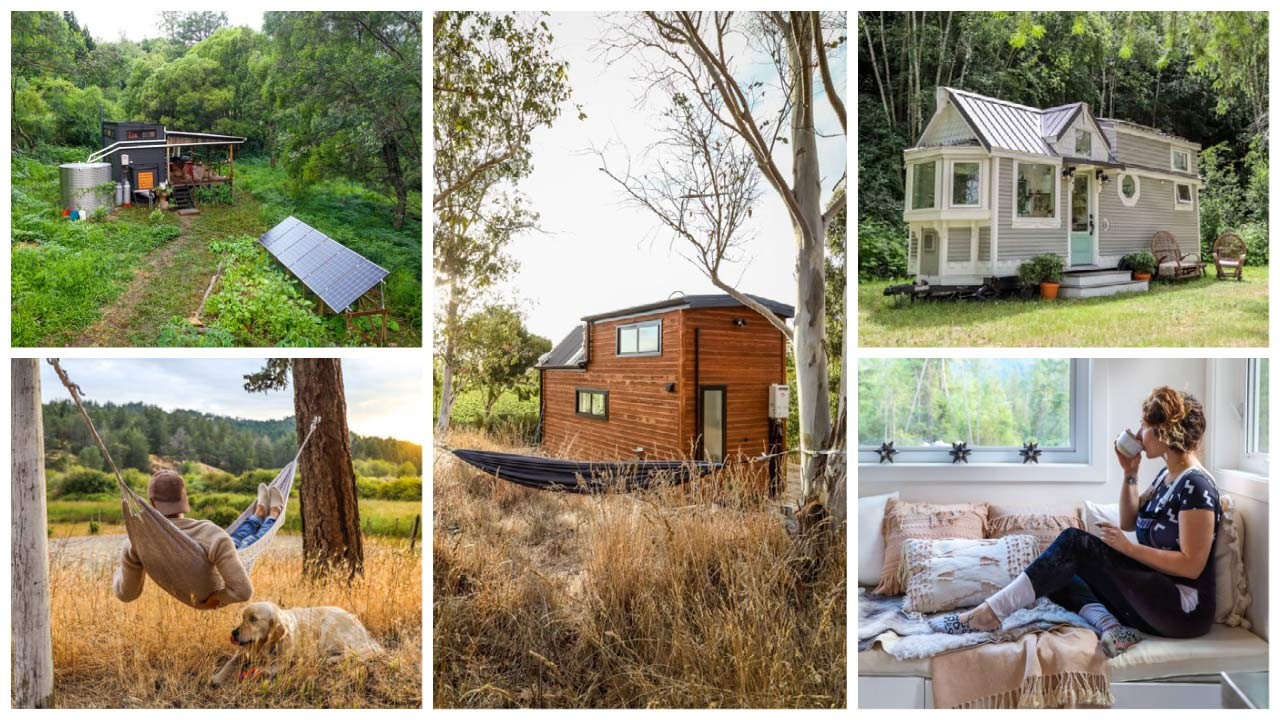 How To Find Your Dream Tiny House Parking Spot

How To Find Your Dream Tiny House Parking Spot

If you love the idea of building a tiny house but have always been worried about how you can find a parking spot, then this is a must see video.